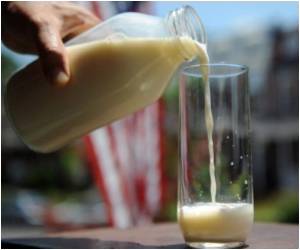 A 43-year old man who was dying of blood poisoning was told by a NHS 24 nurse that he was suffering from heartburn and was recommended to take popular heartburn remedy Gaviscon and drink cold milk.

John Willock, from Erskine in Renfrewshire, had slipped on ice on Christmas Eve 2009 and started experiencing problems soon after, losing his life five days later. Willock reportedly had a 60 to 85 percent chance of survival had he visited a doctor when he first revealed his symptoms to his partner. He made his first call to NHS 24 on December 27 complaining of severe pain but was told that he had indigestion and was asked to take Gaviscon.
Advertisement

The attending nurse Fiona McCulloch had reportedly marked the wrong box on her diagnostic screen and the investigation also found that his first call were not logged properly which meant that his subsequent calls were treated as his first and was repeatedly asked to visit a doctor within 36 hours.


Sherriff Colin Pettigrew also said that had McCulloch marked that he was suffering from 'persistent upper abdominal discomfort', an ambulance would have been quickly dispatched. Another call handler admitted that she was 'tired' when she took Willock's call.
Advertisement
"The findings support the family view that there were significant failings on the part of call handlers and nurse advisers involved in John's care. While there has been evidence of improvements since his death, the family hope that NHS 24 further [reviews its] practices as suggested by the sheriff so that lessons are learned", Willock's family said in a statement.

Source: Medindia
Advertisement
<< Even Minor Stroke Affects Patients Quality of Life in an A...
Non-facial Cues Used to Identify People During Difficult Vi... >>