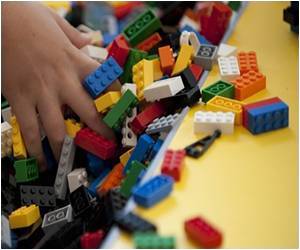 Angry fans have started bombarding LEGO's Facebook and Twitter page with an image from a retro marketing campaign to mock the new range of "normal" LEGO girls.

The largest Legoland in the world opens Saturday in Florida with the children's haven having to compete in one of the world's busiest hubs for amusement parks.
Advertisement

The image comes with a message, "Forget the pink aisles and new girl figures with breasts, bring back beautiful!"


The LEGO Facebook and Twitter page has been hit by hundreds of posts and images from angry consumers outraged by the stereotypes they say the new line advocates, News.com.au reports.

Hope to build artificial organs for human implantation has been boosted with the creation of Lego-like blocks made of human cells.
Advertisement
One user wrote that her twin boy and girl share all of their toys and that her daughter did not need her own separate pink, sexualised version.

"I will not be boxing her into the narrow, sexist stereotypes that this world has waiting for her. My boy does not need these messages either. He will grow up knowing that a girl can be every bit as inventive, intelligent and creative as a boy can be," the user wrote.

A LEGO representative said it was not planning to substitute their existing range with "LEGO Friends", and that they were simply diversifying their existing collections.

Certified Lego Professional Ryan McNaught said that he doesn't understand what all the fuss is about and that "girl friendly" LEGO ranges such as Bellville has been around for over 10 years.

"The cool thing I really like about this is the fantastic new colours is that are available - the pinks and reds - they have so much extra possibility for creativity. I'm actually really looking forward it," he added.

According to the report, the campaigners, however, say the new campaign betrays LEGO's core value of exercising children's imaginations.

Asia's first Legoland theme park is on phase to open next year in southern Malaysia. The theme park is set to bring in a series of big ticket attractions.
Advertisement
Advertisement
This site uses cookies to deliver our services.By using our site, you acknowledge that you have read and understand our Cookie Policy, Privacy Policy, and our Terms of Use  Ok, Got it. Close
×