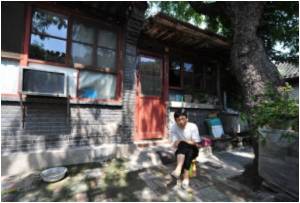 The first human library with six "living books" has opened in Beijing offering an oportunity to exchange life stories and ideas.

Books in a human library are real people who engage readers in a direct dialogue. Readers can't take a living book out of the library.

As popular revolts continue to rock autocratic regimes across the Arab world, women are defying both taboo and stereotype and emerging as a driving force that is keeping the momentum
Advertisement

"Here we get to know people who have interesting life stories to share, and also understand who they are and why they live in a particular way," Xinhua quoted Li Xingning, who runs the human library, as saying.


Xingning hoped her library would serve as an interactive platform to promote mutual understanding among people who otherwise had no opportunity to meet and talk in real life.

Sleep reconfigures memories into creative ideas, it has been found.
Advertisement
"Think about a street singer you always wonder about or an animal protection advocate that you have never met. Here you can borrow such living books and talk with them," she said.

The human library concept originated in Denmark in 2000, and the idea has since spread around the world to over 45 countries.

A living book is a person that has chosen to be a representative of a certain group.

In China, such libraries have sprouted in Shanghai and Guangzhou.

These libraries aim to reduce prejudices and promote tolerance and understanding via dialogue.

New research has found that when we put an idea on the back burner, it goes into a processing area of the brain called the default-mode network.
Advertisement
<< Lego is Facing Flak Over Novel Girl Themed Sets
Facebook Update Saves US Woman and Child >>