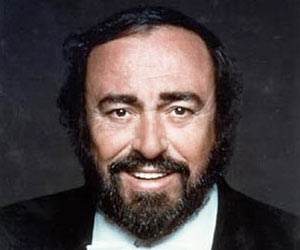 Legendary Italian opera singer Luciano Pavarotti has died at the age of 71.

The tenor's manager announced the sad news hours after the singer was reported to be in 'very serious' condition after falling unconscious.

The 71-year-old singer's condition deteriorated for the worse following his discharge from hospital a fortnight ago after undergoing tests relating to his battle with pancreatic cancer.

Pavarotti died at his home in Modena, around 250 miles North of Rome, where he was surrounded by family and friends.

Pavarotti underwent surgery for pancreatic cancer in New York in July 2006, and cancelled all public appearances since then.