Just Three and an Alcoholic? 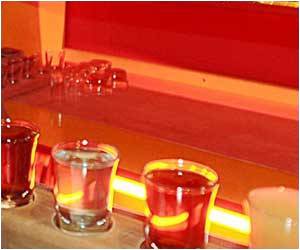 In what is a shocking revelation, a child as small as three from West Midlands has been named as Britain's youngest alcoholic.

Apparently, the child has been fed on booze quite regularly in the past six months and suffers from withdrawal symptoms.

According to 2008-2010 statistics enabled by The heart of England NHS Trust, thirteen children below 12 years are alcoholics.


Nicolay Sorensen, of Alcohol Concern, said: "To be diagnosed alcoholic, it's possible this child would have shown a physical dependency. They would have had to ingest enough to cause withdrawal symptoms. It is a horrifying case."

A British schoolgirl, who drinks 26 pints of cider, ten cans of lager and almost a bottle of vodka every week, denies the problem and insists she is not an alcoholic.
Advertisement
<< Baby With Fatal Neurodegenerative Disease was Flown to the ...
Debate on Frozen Orphans in Canada >>

Alcoholics can Stay Sober by Helping Others

Participating in community service activities and helping others is not just good for the soul; it has a healing effect that helps alcoholics