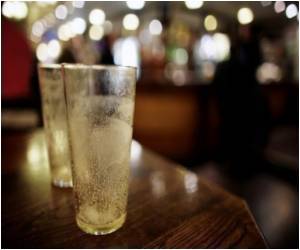 A short term regime that aid alcoholics to stay sober was developed by Dutch and German psychologists. The research team developed cognitive-bias modification, or CBM, which, for the first time, 'tries to turn around those impulsive responses.

Heavy drinkers tend to behave impulsively in response to temptation. Their 'reflective', or controlled, responses - the thoughts that would help them resist drinking - are often weak. Most therapies, including cognitive behaviour therapy, primarily address the reflective responses.

"They deal with the reasons and strategies for sobriety," said lead author and University of Amsterdam experimental psychologist Reinout W. Wiers.


The CBM employs video-game-like 'approach-avoidance tasks' - pushing or pulling a joystick in response to images on a screen. Pulling zooms in on the image, as if the participant were 'approaching' it. Pushing zooms out, in 'avoidance'.

Alcohol consumption for recreation and relaxation has become a universal culture. But do you think you know enough about this drink - Take this quiz and find out.
Advertisement
The team's previous studies found that heavier drinkers, when shown images of alcoholic beverages or soft drinks, are faster to 'pull' the alcohol than lighter drinkers, but CBM can turn this 'approach bias' into an 'avoidance bias'.

In this study, Wiers and his team recruited 214 inpatients at the Salus Clinic.

Three weeks after detoxification, the patients were assessed for their craving for alcohol, as well as their attraction to it, indicated by joystick and word-association tasks.

One group of patients then received CBM. They were trained to push away pictures of alcoholic drinks. The control groups either received 'sham' training or none at all.

When retested a week later, the CBM participants' approach bias for alcohol had changed to an avoidance bias, on a variety of tests, said Wiers.

The control groups showed no such changes.

Then the patients began abstinence-based cognitive behavior therapy, a structured method that helps people identify and challenge the thinking patterns that perpetuate their self-destructive behaviours.

Although the researchers cannot be absolutely sure that CBM made the difference, joystick and word tests left them 'strongly confident', said Wiers, adding "this intervention to regular treatment helps people stay abstinent."

To further illustrate this point, Wiers quoted a story of one still-abstinent patient.

The man, who opened the refrigerator in search of a coke at a party, found it full of beer.

Immediately, he made the push movement -he closed the door.

"In the heat of the moment, when temptations is high, you have to take that immediate first step in the right direction or it becomes very difficult," said Wiers.

"CBM helps people take this step, before they have time to consciously think, 'Should I take a drink?'" he added.

The study is published in Psychological Science.

Alcoholics can Stay Sober by Helping Others

Drug Interaction Checker Drug Side Effects Calculator Sinopril (2mg) (Lacidipine) A-Z Drug Brands in India Turmeric Powder - Health Benefits, Uses & Side Effects Nutam (400mg) (Piracetam) Accident and Trauma Care Calculate Ideal Weight for Infants Noscaphene (Noscapine) Find a Doctor
This site uses cookies to deliver our services. By using our site, you acknowledge that you have read and understand our Cookie Policy, Privacy Policy, and our Terms of Use