Junk Food Should Be Banned in Schools, Playgrounds: WHO 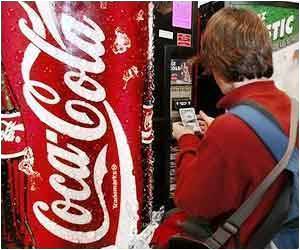 Junk food should not be sold in schools and playgrounds, the World Health Organisation said Friday in a series of recommendations aimed at promoting a healthy diet and cutting child obesity.

However it fell short of calling for a ban on advertising directed at children for foods high in saturated fats, sugars or salt, opting instead to ask member states to "consider the most effective approach to reduce" such marketing.

The non-binding recommendations will be put to a high-level meeting on the prevention and control of non-communicable diseases during September's General Assembly in New York, WHO officials said.


"Settings where children gather should be free from all forms of marketing of foods high in saturated fats, trans-fatty acids, free sugars or salt," said the UN health agency.

Obesity is resistant to instant remedies and its management is a long-term endeavor. Here are a few tips to control obesity in children.
Advertisement
"Such settings include, but are not limited to, nurseries, schools, school grounds and pre-school centres, playgrounds, family and child clinics and paediatric services and during any sporting and cultural activities that are held on these premises," it added .

Some 43 million pre-school children are obese or overweight, according to WHO data.

"Children throughout the world are exposed to marketing of foods high in fat, sugar or salt, which increases the potential of younger generations developing noncommunicable diseases during their lives," it said.

Six out of ten deaths every year are due to cardiovascular diseases, cancers, diabetes and chronic lung diseases, the WHO warned, pointing out that a common factor of the four main diseases is poor diet.

The BMI calculator helps you assess your weight indicating if it is normal or if you are underweight or overweight, based on your height.
Advertisement
<< Social Support Benefits Breast Cancer Patients
Positive Attitude Keeps Stress and Illness at Bay >>

Junk Food Should Be Banned in Schools, Playgrounds: WHO Personalised Printable Document (PDF)