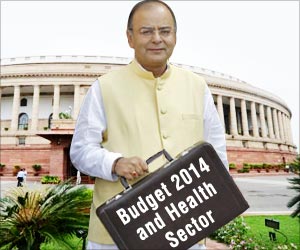 The health of the nation is determined by the health of its people. The 2014 Indian budget, which was tabled in Parliament on July 10, 2014 has allocated substantial budget to bring about some important improvements in health care.  This is in an attempt to provide health for all, through providing free drug service and free diagnostic service. Some of the key aspects are as below:

One way to improve health care is to improve the existing infrastructure and make it accessible to all.  In this regard, the government has proposed to set up 4 AIIMS-like super specialty hospitals to provide latest health care to the population.

In addition, two National Institutes of Ageing will be set up, one at Delhi and the second in Chennai.


Twelve government medical colleges along with dental facilities will be set up which will hopefully increase the number of doctors in the country, and thereby improve the doctor: patient ratio.

Keeping in mind the diseases that plague the rural population, the government also proposed to set up 15 Model Rural Health Research centers to take up research on rural health issues.

The central government will also provide new drug testing laboratories in several states and strengthen the existing ones.

Besides improving infrastructure, the government has also proposed some changes at the individual level. Items which have a deleterious effect on health like gutka, cigarettes, tobacco and soft drinks will be taxed additionally, and therefore will be costlier.  This hopefully will act as a deterrent to people to use these substances.

Other options have also been proposed to reduce health care expenses. Reimbursement of up to 15000 per year of medical expenses by the employer will by tax-free.  Conditional tax deduction is offered on medical insurance policies for self and family.

Antony Jacob, Chief Executive Officer, Apollo Munich Health Insurance commenting on the budget said, 'Today's Union Budget speech has certainly brought good news for the insurance sector by the government clearly stating its intent to raise the current FDI cap of 26% to 49% via the FIPB route.' He further added 'An enhanced flow of foreign capital and international expertise will result in accelerating overall development of the insurance industry through increased access to international insurance products, distribution channels and world-class business practices. It should have a positive impact in boosting overall growth of the Indian insurance sector and more so for the fast growing health insurance sector.' It remains to be seen if all these proposals will be implemented so that health care is reachable and affordable to each and every Indian.

The proposal to move towards "Health for All", by creating a free drug and free diagnostic service for people who cannot afford medical costs is a distant dream and has been talked about by politicians too often. Health for all by 2020 has been a dream that perhaps is being revived by the new prime minister Mr.Modi. If the scheme is implemented this would be highly commendable and will be a feather in his cap.

Guest Editor - The Government intends to cover every household by total sanitation by the year 2019, the 150th year of the Birth anniversary of Mahatma Gandhi through Swatchh Bharat Abhiyan. This step will have a significant public health impact. The budget has also stressed on a "protein revolution" in agriculture will also help improve the nutritional status of people. On the free access to drugs and diagnostics, though, it will depend on financial commitment by the government and a timeline for a national rollout. 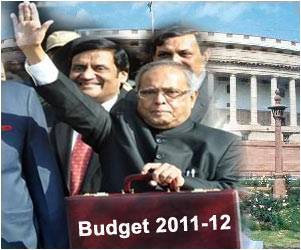 Union Budget 2011-2012 and Its Impact on the Health Sector
Highlights of the union budget 2011-12.During his speech the finance minister said that the "union budget cannot be a mere statement of government accounts. It has to reflect the government's vision and signal the policies to come in the future".
READ MORE

Soft Drinks and Sugar in the Diet may Have Negative Effects on the Kidneys
The potential negative effects that soft drinks and sugar can have on kidney health have been highlighted in two new studies.
READ MORE