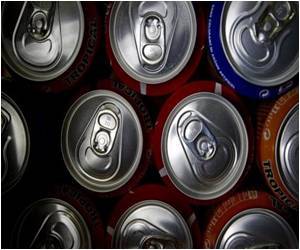 Children from low-income neighbourhoods and who spend more time in front of a television are more likely to consume sugary soda and juice, finds study.

Researchers from the University of Alberta's faculties of Physical Education and Recreation, School of Public Health and Medicine and Dentistry surveyed parents to assess the dietary habits of 1,800 preschoolers in the Edmonton region as part of a larger study on diet, physical activity and obesity.

Want to shed those extra pounds but still eat your favourite junk foods? Well, drinking tea could be the solution.
Advertisement

Researchers found that 54.5 per cent of four- and five-year-olds from poorer neighbourhoods drank at least one soda per week-far more than the 40.8 per cent of kids from higher socio-economic backgrounds.

"Dietary behaviour and intake patterns are influenced heavily by what happens in the first few years with children, and they maintain those patterns throughout childhood and into adolescence," said study co-author John C. Spence, associate dean of research in the Faculty of Physical Education and Recreation.

A companion study involving the same group of preschoolers also looked at the types of foods they ate and whether they followed recommendations in Canada's Food Guide.

Researchers found that just 30 per cent of children ate enough fruits and vegetables, and 23.5 per cent consumed the recommended amount of servings of grain products.

As with sweetened beverages, children from low- and medium-income neighbourhoods were more likely than kids in high-income areas to eat foods like potato chips, fries, candies and chocolate.

Those results presented an "alarming pattern," said Spence, who suggested it is possible families are choosing high-calorie foods because they are cheap and convenient.

Children who attended daycare or kindergarten were significantly less likely to reach for junk.

This indicates how education can make a difference and lead to healthier eating habits, regardless of what's happening at home, noted study co-author Kate Storey, a registered dietitian and assistant professor in the School of Public Health illustrate.

SA simple solution of baking soda helps prevent the symptoms of cystic fibrosis.
Advertisement
<< Optimal Treatment for Most Common Infection After Organ Tra...
Unhappy Employees Get Chance to Rant About Office on New We... >>

Drug Side Effects Calculator Hearing Loss Calculator Color Blindness Calculator Sanatogen Calculate Ideal Weight for Infants Drug Interaction Checker Sinopril (2mg) (Lacidipine) Find a Hospital Vent Forte (Theophylline) Accident and Trauma Care
This site uses cookies to deliver our services. By using our site, you acknowledge that you have read and understand our Cookie Policy, Privacy Policy, and our Terms of Use