Optimal Treatment for Most Common Infection After Organ Transplantation Revealed 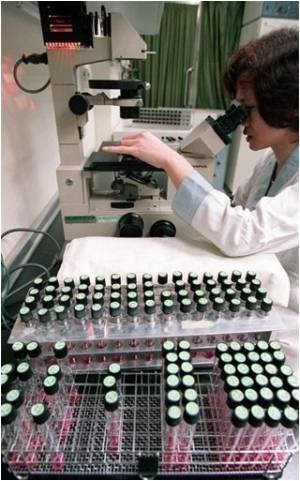 According to a recent study, waiting to treat the commonest viral infections in transplant recipients until they reach a certain threshold is better than prophylactically treating all recipients.

Cytomegalovirus (CMV) infection is the most common infection in organ transplant recipients, who are susceptible to infections in general because they must take immunosuppressive medications long term. CMV infections can cause increased risks of other infections, organ rejection, heart complications, and diabetes.

Organ and tissue transplantation can give a second chance at life to thousands of people. Learn more about this interesting procedure.
Advertisement

The two main strategies against CMV are called universal antiviral prophylaxis and pre-emptive therapy. In universal prophylaxis all patients at risk are given antiviral drugs (such as valganciclovir, valacyclovir, and ganciclovir) for several months after transplantation. In pre-emptive therapy, patients are intensively monitored for CMV activity by sensitive laboratory methods, and short-term antiviral treatment is given only to those with significant viral counts before symptoms occur.


To compare these strategies, Tomas Reischig, MD, PhD (Charles University Medical School and Teaching Hospital, in Pilsen, Czech Republic) and his colleagues assigned kidney transplant recipientswho either had CMV present in their blood or who received transplants from donors with CMV in their bloodto either three months of prophylaxis with valacyclovir or pre-emptive valganciclovir given when significant CMV counts were detected.

Since the early times, the novel idea of transplanting tissues and other body parts from one organism to the other has captured the imagination of successive generations.
Advertisement
Among the major findings for 55 patients after three years:

These findings indicate that compared with valacyclovir prophylaxis, pre-emptive valganciclovir therapy for CMV may lead to less severe kidney scaring and atrophy and to significantly better survival of transplanted organs.

"In the view of short-term trial results, which favor CMV prophylaxis over pre-emptive strategy because of lower risk of acute rejection, we expected a translation of presumed benefit of prophylaxis to the long-term post-transplant period. In fact, we discovered that the opposite is true," said Dr. Reischig.

Blood - Sugar Chart Iron Intake Calculator Nutam (400mg) (Piracetam) Drug Side Effects Calculator Selfie Addiction Calculator The Essence of Yoga Calculate Ideal Weight for Infants How to Reduce School Bag Weight - Simple Tips Indian Medical Journals Turmeric Powder - Health Benefits, Uses & Side Effects
This site uses cookies to deliver our services. By using our site, you acknowledge that you have read and understand our Cookie Policy, Privacy Policy, and our Terms of Use