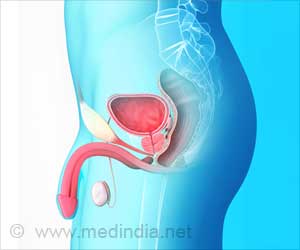 This is the finding of the long-term analyses of an international phase 3 clinical trial, recently published in the leading journal European Urology. The study showed that overall survival was 2 - 3 times higher than in the placebo arm.


This reactivated immune response can then help the body to destroy cancer cells," explains oncologist Michael Krainer from the Department of Medicine I at MedUni Vienna/Vienna General Hospital and from the Comprehensive Cancer Center (CCC). The internationally renowned "Urological Tumours" working group from the division led by Krainer was invited to participate in the first global clinical phase 3 trial of a CPI in prostate cancer CA184-043, the long-term results of which have now been published in European Urology, the world's most influential urology journal.

Prostate cancer is fast gaining as a common cancer form among men; more threatening since its symptoms often go unnoticed until it's too late. This quiz tests your knowledge on prostate cancer, its diagnosis and treatment options and is as mandatory for men as the screening tests mentioned here are!
Advertisement
The recent trial included a total of 799 men. It was conducted globally: in the USA, Canada, South America, Australia and European countries. Patients were randomised in a 1:1 ratio to receive bone metastasis radiotherapy (a single 8 Gy fraction) followed by either ipilimumab 10 mg/kg or a placebo every three weeks via up to four injections.

Although in the first planned analysis, the survival advantage in the treated group was present it was not significant, whereas the recent analysis shows that long-term survival after 3, 4 and 5 years is two - three times higher in the immunotherapy arm as opposed to the placebo arm.

Ipilimumab is already licensed by the European Medicines Agency to treat melanoma, lung cancer and bladder cancer. However, there is still a lack of reliable data for approval to treat prostate cancer, since the first planned analysis did not show any significant survival advantage.

In the light of the new long-term results, Krainer says: "Immunotherapy is highly promising and can be used, for example, when chemotherapy options have been exhausted or are undesirable. It can also be expedient to start it at an early stage, since any treatment is more effective if there is little cancer present and the patient is in good general health.

We are the first group in Austria to gain such valuable experience and we are now attempting to incorporate immunotherapy into the treatment in the context of international clinical trials."

The working group will soon start on two study protocols using immunotherapy before a chemotherapy that is currently the standard treatment for patients with castration-resistant prostate cancer.

This is the most controversial cancer in both treatment and diagnosis. Read interesting facts about this cancer.
Advertisement
<< COVID-19 in Mumbai: Toll Crosses 16K, Highest in India
COVID-19 Cases Top 34.4 Million >>

This medication is a monoclonal antibody, prescribed for melanoma (a type of skin cancer).