Virtual crossmatching is just as accurate and sensitive as physical crossmatch in selecting kidney transplant recipients. This technique also reduces the time and money spent on having backup patients traveling to and waiting in the hospital for long hours.

Virtual antibody crossmatching is a safe and efficient way of selecting kidney transplant recipients. Two years after implementing the process, the Medical University of South Carolina (MUSC) division of transplant surgery, Charleston, concluded that the technique was just as accurate and sensitive as physical crossmatch, the current gold standard, and much quicker.


‘Virtual crossmatching is a technique that reduces waiting time for compatibility testing, eliminates the need for backup patients to come to the hospital unnecessarily, and quickens transplant surgery scheduling.’
Read More..


Virtual crossmatching reduced the time kidneys were kept on ice while awaiting identification of a suitable recipient, improved scheduling for surgeons and operating room staff, and alleviated emotional and logistical stress on patients who were called to the hospital only to be sent home hours later after a more suitable recipient was identified. A study of the process and its effects on clinical and surgical practice outcomes appears in an "article in press" on the Journal of the American College of Surgeons website in advance of print publication.

Since 1969, physical crossmatching has been used to determine if the immune systems of an organ donor and an intended recipient were compatible. Blood from donor and recipient are mixed in a test tube. If a match is incompatible, recipient blood cells attack and destroy donor cells.

However, virtual crossmatching applies the recipient's serum to microbeads that detect signals from the donor's antibodies using a specialized device to find antibodies that may react. The process does not reveal an actual reaction between donor and recipient cells. Rather, it forecasts whether such a reaction would occur.

What is a Physical Crossmatch?

Because of the concern about potential immune system incompatibility, transplant centers typically call in three possible recipients for every donated organ. "We ask three patients who are next on the transplantation list to come into the hospital just in case there are problems with incompatibility. Think about the time, effort, and stress that puts on a patient. It's not uncommon for a patient to be called in two, three, or four times before they actually go forward with transplantation," said David J. Taber, PharmD, a study coauthor and an associate professor of surgery in the division of transplant surgery at MUSC.

The delay prolongs the time a donated organ is kept on ice, called cold ischemia time (CIT). "You want to minimize the amount of time an organ is on ice because the longer it is outside the body, the lower quality it becomes. After prolonged CIT, there is the chance the organ will not function right away, called delayed graft function (DGF), which leads to poor outcomes in the long run," said Vinayak S. Rohan, MD, FACS, lead author of the study and an assistant professor of surgery in the division of transplant surgery at MUSC.

Delays are particularly problematic since the Kidney Allocation System was revised in 2014 and now allows transplantations to patients who are highly sensitized. "Previously, donor organs were obtained locally, so transplant centers could afford to wait six hours for the physical crossmatch results. Now, in South Carolina, we are getting organs from California. Shipping them takes long enough. If you cannot predict what is going to happen for six more hours, you may not be able to give the organ to the intended recipient and do a disservice to the purpose of the allocation system," said Dr. Rohan.

CIT for long-distance donor organs decreased by 2.4 hours, and delayed graft function declined by 26 percent. Importantly, despite a highly sensitized population, there were no hyperacute rejections. "Hyperacute rejection is an extremely rare but catastrophic event when an organ rejects while the surgeon is operating. With sizable segments of patients who were already highly sensitized, there were similar rates of graft survival, patient survival, and kidney graft survival, confirming at a patient-outcomes level that we can employ virtual crossmatching without inducing any potential harm or risk to the patient," Dr. Taber said.

"Because we don't need to do physical crossmatching for the majority of patients, we also can improve surgeons' quality of life by being able to schedule the operation even before an organ arrives," Dr. Rohan said.

"This technique also reduces the time and money spent on having backup patients traveling to and waiting in the hospital. Emotionally, this approach helps patients a lot," Dr. Taber said. 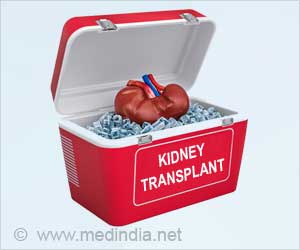 New Option to Increase Kidney Transplantation for Minorities
Kidney transplant recipients are now benefiting from donor organs that do not match their blood type but are compatible and safe.
READ MORE 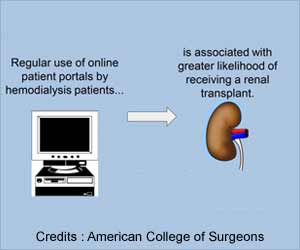 Online Patient Tool May Increase Likelihood of Receiving Kidney Transplant
Hemodialysis patients who use an online patient portal are more likely to receive a donor kidney transplant, which helps reduce their waiting times for an operation as well.
READ MORE