Tourette's Awareness Day is being celebrated on 7th June 2019. It aims to raise awareness about Tourette's syndrome (TS) and celebrate the achievements of people living with the condition. It is organized by the Tourette Association of America and its partners. Tourette Association of America, which was founded in 1972, is dedicated to raising awareness, advancing research, and providing support for improving the lives of people living with Tourette's. It has a network of 32 Chapters across the US.
Tourettes Awareness Day: Lets Talk Tourettes

Attention-deficit hyperactivity disorder (ADHD), autism, and obsessive-compulsive disorder as well as (OCD) may also be associated with TS.


‘Tourettes Awareness Day, which is celebrated annually on 7th June, aims to create awareness about Tourettes syndrome among the general public and raise funds to improve the lives of those suffering from the condition.’
Read More..


Symptoms include physical and vocal tics. The former may involve mouth pouting, mouth opening, head nodding, blinking, twirling, or grimacing, while the latter is characterized by grunting, throat clearing, sniffing, or coughing sounds.

The treatment essentially involves psychobehavioral therapies such as psychoeducation for the patients to gain emotional stability. Medications include certain neuroleptic drugs such as haloperidol which help to suppress severe forms of TS, which currently has no cure.


How is Tourette's Awareness Day Celebrated?

Tourette's Awareness Day is celebrated through various events and activities, some of which are briefly highlighted below:

The first recorded Tourette's patient was Mary Hall of Gadsden, who was diagnosed in 1663 by Dr. William Drage, an English physician and apothecary. But it was Dr. Georges Gilles de la Tourette in 1885, who first described in great detail a cohort of cases, which made him famous and earned him a permanent place in the annals of Medicine.

Some of the latest developments in the area of scientific research on Tourette's are briefly highlighted below:

Tourette's syndrome patients have a poor quality of life due to psychiatric conditions such as depression, anxiety, autism, ADHD and OCD, learning difficulties. The severity of the tics also reduces the quality of life of Tourette's patients. Moreover, other complicating factors include delayed diagnosis, treatment by non-specialists, inadequate educational support, and lack of employment opportunities. There is also a lack of understanding and compassion for Tourette's patients among doctors, teachers and the general public. Children suffering from Tourette's find solace only in their parents. This is because the parents can only understand the child's misery and try their level best to help the child cope with the condition.

So, on Tourette's Awareness Day, we should stop, think, and try to develop a deeper understanding of this highly misunderstood neuropsychiatric condition, so that we can look upon Tourette's patients with greater compassion and empathy. Moreover, we should pool our resources together to raise funds to provide Tourette's patients with the practical support and social acceptance they need to lead a fruitful and fulfilling life!

Genes Linked to Tourette's Syndrome Identified
Underlying genetic basis of Tourette's syndrome is polygenic - that is, many genes working together to cause a disease, said researchers.
READ MORE

Autism Symptoms Found Among Kids With Tourette Syndrome
The early symptoms of Tourette Syndrome are typically noticed first in childhood, with the average onset between the ages of 3 and 9 years.
READ MORE 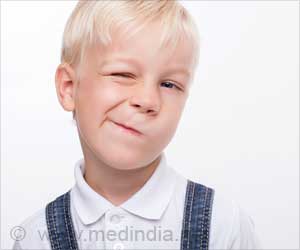