Stroke Treatment Based On Brain Cells of Hibernating Ground Squirrels

A new drug target that can keep the brain functioning after a stroke has been identified.

Inspired by the hibernating ground squirrels which experience dramatically reduced blood flow during hibernation, the human brain also experiences the same situation during a stroke.
Stroke Treatment Based On Brain Cells of Hibernating Ground Squirrels


The squirrels emerge from their extended naps suffering no ill effects. A team of NIH-funded scientists has identified a potential drug that could grant the same resilience to the brains of ischemic stroke patients by mimicking the cellular changes that protect the brains of those animals.


‘A cellular process called SUMOylation goes into overdrive in a certain species of ground squirrel during hibernation which could be used to preserve brain cells after an ischemic stroke.’


"For decades scientists have been searching for an effective brain-protecting stroke therapy to no avail. If the compound identified in this study successfully reduces tissue death and improves recovery in further experiments, it could lead to new approaches for preserving brain cells after an ischemic stroke," said Francesca Bosetti, Ph.D., Pharm.D., program director at the NIH's National Institute of Neurological Disorders and Stroke (NINDS).

An ischemic stroke occurs when a clot cuts off blood flow to part of the brain, depriving those cells of oxygen and nutrients like the blood sugar glucose that they need to survive. Nearly 800,000 Americans experience a stroke every year and 87 percent of those are ischemic strokes.

Currently, the only way to minimize stroke-induced cell death is to remove the clot as soon as possible. A treatment to help brain cells survive a stroke-induced lack of oxygen and glucose could dramatically improve patient outcomes, but no such neuroprotective agents for stroke patients exist.

Recently, a research team led by John Hallenbeck, M.D., an NINDS senior investigator and co-senior author of the study, found that a cellular process called SUMOylation goes into overdrive in a certain species of ground squirrel during hibernation.

Dr. Hallenbeck suspected this was how the animals' brains survived the reduced blood flow caused by hibernation, and subsequent experiments in cells and mice confirmed his suspicions.

"If we could only turn on the process hibernators appear to use to protect their brains, we could help protect the brain during a stroke and ultimately help people recover," said Joshua Bernstock, a graduate student in Dr. Hallenbeck's lab and the study's first author.

SUMOylation occurs when an enzyme attaches a molecular tag called a Small Ubiquitin-like Modifier (SUMO) to a protein, altering its activity and location in the cell. Other enzymes called SUMO-specific proteases (SENPs) can then detach those tags, thereby decreasing SUMOylation.

In the current study, Bernstock and his colleagues teamed up with researchers from the NIH's National Center for Advancing Translational Sciences (NCATS) to examine whether any of over 4,000 molecules from the NCATS small molecule collections could boost SUMOylation by blocking a SENP called SENP2, which would theoretically protect cells from a shortage of life-sustaining substances.

The researchers first used an automated process to examine whether the compounds prevented SENP2 from severing the connection between a tiny metal bead and an artificial SUMO protein created in the lab of Wei Yang, Ph.D., the study's other senior author and an associate professor at Duke University in Durham, NC.

This system, along with computer modeling and further tests performed both in and outside of cells, whittled the thousands of candidate molecules down to eight that could bind to SENP2 in cells and were non-toxic. Two of those - ebselen and 6-thioguanine - were then found to both boost SUMOylation in rat cells and keep them alive in the absence of oxygen and glucose.

A final experiment showed that ebselen boosted SUMOylation in the brains of healthy mice more than a control injection. 6-thioguanine was not tested because it is a chemotherapy drug with side effects that make it unsuitable as a potential stroke treatment. The researchers now plan to test whether ebselen can protect the brains of animal models of stroke.

Bernstock believes his group's approach could inspire similar attempts to treat neurological conditions by targeting pathways with wide-ranging effects. He also hopes it will prompt others to look to natural models, as he and Dr. Hallenbeck did with the ground squirrel.

"As a physician-scientist, I really like to work on projects that have clear relevance for patients," Bernstock said. "I always want outcomes that can lend themselves to new therapeutics for people who are in need." 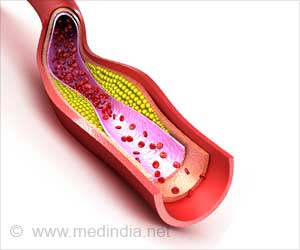 Strokes and Heart Attacks in Vascular Disease are Better Prevented by Dual Drug Therapy
Combination therapy with antiplatelet agent and an anticoagulant is superior in preventing stroke, heart attack or death in persons with stable vascular disease
READ MORE 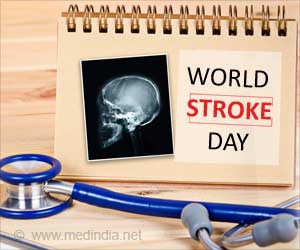