Natural compounds found in turmeric, apple peels, and red grapes can thwart the growth of prostate cancer, finds a new research from The University of Texas. Prostate cancer is the most common cancer among men.

So whenever we are eating a curry, baked apples we are preventing the growth of cancer, said the research team.
Plant-Based Compounds can Treat Prostate Cancer


For the study, the research team used a novel analytical approach to screening several plant-based chemicals instead of testing a single compound as many studies do. The team studied specific combinations that could shrink prostate cancer tumors.


‘Curcumin in turmeric, resveratrol in red grapes and ursolic acid in apple peel can prevent the growth of prostate cancer.’


"After screening a natural compound library, we developed an unbiased look at combinations of nutrients that have a better effect on prostate cancer than existing drugs. The beauty of this study is that we were able to inhibit tumor growth in mice without toxicity," said, Stefano Tiziani, assistant professor in the Department of Nutritional Sciences and Dell Pediatric Research Institute at UT Austin.

In the last decade, studies have highlighted the potential therapeutic compounds found in plants, including chemical in foods such as turmeric, apple peels, red grapes and green tea. These compounds reduce the risk of cancer by fighting inflammation within the body. People who have chronic inflammation due to infection, autoimmune disease or conditions such as obesity are at higher risk of developing cancer because of damage to normal cells.

Initially, the research team tested 142 natural compounds in mouse models and human cell lines to see which compound inhibited prostate cancer cell growth. They tested the cancer-preventing effects of the compound by testing alone and in combination with another compound.

Some of the active ingredients that were tested on animal models were: "These nutrients have potential anti-cancer properties and are readily available. We only need to increase concentration beyond levels found in a healthy diet for effect on prostate cancer cells," said Tiziani.

The study published online in Precision Oncology demonstrates how the plant-based chemicals work together.

The research team found that combining ursolic acid with curcumin or resveratrol prevented the cancer cells from growing by inhibiting glutamine. The team concluded that the plant-based chemicals blocked the uptake of a nutrient needed by prostate cancer cells with nutrients that are commonly found in the food.

Soy, Tomato Foods Help Prevent Prostate Cancer
Soy and tomato food combo may be effective in preventing prostate cancer than when either of them is eaten alone, says study.
READ MORE 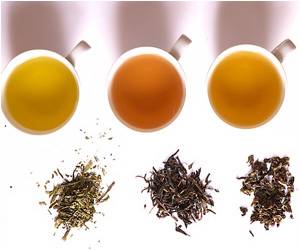 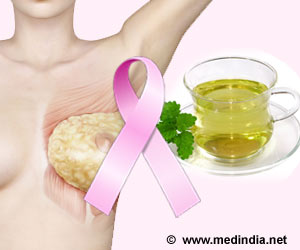