People With Sleep Disorders at High Risk for Alzheimer's

People who are at risk of Alzheimer's disease may be at greater risk of diminished cognition from sleep-disordered breathing than those without the susceptibility, finds a study published in the Annals of the American Thoracic Society.


The study participants carrying the apolipoprotein £`-4 (APOE-£`4) allele showed greater cognitive deficits with the various indices of sleep-disordered breathing compared to those without the allele.


APOE is a cholesterol carrier that supports injury repair in the brain. Studies have shown that people carrying the alternate form of the gene £`4 allele, are at increased risk of Alzheimer's disease. About 20 percent of the population carries the £`4 allele.

"Previous studies have shown inconsistent findings between sleep-disordered breathing and cognition, which may be due to the different tests used," said lead study author Dayna A. Johnson, instructor of medicine at Brigham and Women's Hospital and Harvard Medical School.

The research team analyzed 1,752 people with an average age of 68 in the Multi-Ethnic Study of Atherosclerosis (MESA) The participants took part in a sleep study, completed sleep questionnaire and tests to measure their cognition.

Sleep-disordered breathing is defined as having more than 15 stopped or shallow breaths per hour as well as loud snoring.

The study found: "The effects of the various sleep factors they measured on cognition were small, but in the range previously reported for several other lifestyles and health risk factors for dementia," said Johnson.

Regular screening and treating sleep-disordered breathing may help reduce a person's risk of dementia, especially if the individual carried APOE-£`4.

"Given the lack of effective treatment for Alzheimer's disease, our results support the potential for sleep-disordered breathing screening and treatment as part of a strategy to reduce dementia risk." 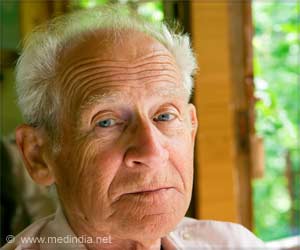 Alzheimers Disease: Genes Associated With Myeloid Cells Linked to Disease Risk
Alzheimer's disease risk has been found to be linked with genes that are associated with myeloid cells, finds a new study.
READ MORE