Heart transplantation, i.e. replacement of a failing heart with a heart from a suitable donor, continues to be the "gold standard" treatment for end-stage heart failure. The procedure's success rate has so improved today that patients are living 20 years or more post-surgery. 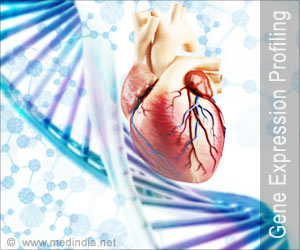 One of the most important complications of heart transplantation is the rejection of a foreign graft. For such a complicated and expensive procedure as a heart transplant, it is vital, hence, to make sure that chances of rejection are low. This is the scenario where Gene expression profiling test scores attain importance.

The test score can be used to identify transplant recipients who have a low probability of rejection. The Invasive Monitoring Attenuation through Gene Expression (IMAGE) trial dived deep into the utility of gene expression profiling.

Gene expression profiling is a technique used in the field of molecular biology to measure the expression of thousands of genes simultaneously. It is known that each and every cell in our body contain the genome, i.e. the entire hereditary information. However, not all the genes express at a given time; only a subset is expressed. The term 'expression' refers to the way genes are transcribed to functional products called proteins. Genetic information is conveyed from DNA to the ribosome via messenger RNA (mRNA).

The IMAGE study finds that the variability of a heart recipient's gene expression profiling test scores over time may help to assess the prognosis of the patient following transplantation. It may predict the probability of a transplanted heart getting rejected by the recipient's body.

2. The Annals of Thoracic Surgery.

Cadaver organ transplants in India started in 1995 and so far 600 cadaver transplants of kidneys, heart and liver have been done in India, article describes the trails, tribulations and triumphs of the programme.

A new study has found how thanks to the improvements in the procedure's success rate, patients who have undergone heart transplantation are now living 20 years or more post surgery

Doctors at a private hospital in Delhi have revealed that the 44-year old woman, who became the first heart transplant recipient, has recovered.

A recent study has pointed out that heart transplant patients who receive new organs before the age of 55 live much longer than older patients receiving transplants.

Pericarditis occurs when the pericardium gets inflamed. Pericarditis is characterized by severe chest pain.

Weaver syndrome is a genetic disorder in which children show accelerated bone growth, advanced bone age and a characteristic appearance of the face.