Written by Sudha Bhat
Medically Reviewed by The Medindia Medical Review Team on February 5, 2013 at 11:52 AM 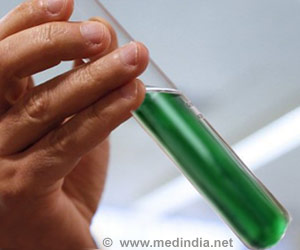 Every expectant parent hopes and prays for a healthy baby. Careful consideration is given towards the well being of the baby by the mother-to-be for the entire duration of 9 months. But there are times when you can't stop thinking about the possible health problems of the baby especially in a high-risk pregnancy.

If you are worrying about this most of the time, you are not alone. Fortunately, these days, there are numerous tests for pregnant women which reassure them of the health of the baby throughout their pregnancy. These tests or the so called 'prenatal diagnostic tests' can identify if the baby would have certain congenital, genetic, or chromosomal problems. This is particularly important for a family with a history of a genetic disorder because the tests may reveal whether the baby is going to have the disorder or not.


In humans, the most common aneuploidies are trisomies, which are characterized by the presence of one additional chromosome, bringing the total chromosome number to 47 instead of 46. The most common human trisomy involves chromosome 21 and is known as Down's syndrome.
Advertisement
A recent study published in the New England Journal of Medicine evaluated the accuracy and efficacy of chromosomal microarray as compared to karyotyping in prenatal diagnosis. A total of 4,406 pregnant women voluntarily participated in the study. The women were selected based on advanced maternal age, abnormal result on Down's syndrome screening, structural anomalies on ultrasonography, and other indications. They were explained the benefits and risks involved in the chromosomal microarray testing, including the fact that some of the findings could be of uncertain clinical significance. In both karyotyping and microarray analysis, fetal cells were obtained via an invasive procedure such as amniocentesis (fetal cells taken from the amniotic fluid), or chorionic villus sampling (fetal cells taken from the placenta).

The study revealed that karyotyping and chromosomal microarray analysis are equally effective in identifying aneuploidies. Microarray analysis reportedly detects additional clinically relevant information both in cases with structural anomalies and in those sampled for routine indications, however it did not identify abnormalities like balanced translocations and triploidies.

The advantage of chromosomal microarray analysis is its high resolution and sensitivity, which allows detection of events at the level of genes, as opposed to the level of chromosomes for karyotyping.

The results of the study showed that of the 4,406 women who participated in the study, microarray analysis was successful in 4,340 (98.8 percent) cases. The study thus proved the benefits of microarray analysis in prenatal diagnosis of genetic abnormalities. However, like karyotyping, it may also detect abnormalities that do not have any clinical significance, which would warrant counseling of the patient to remove any unwanted anxiety.

Genetic Testing Procedure
In most cases genetic testing is done using blood samples. Other tissues and body fluids like skin, ...

New Prenatal Genetic Test can Fetal Abnormalities in a Better Way Than Existing Tests
A new study has revealed that testing a developing fetus' DNA through chromosomal microarray (CMA) ....

Exomphalos
Exomphalos is a birth disorder in which the abdominal contents herniate into the umbilical cord thro...

Paternity Testing - Whose Baby Is It Anyway?
Paternity testing involves DNA studies that are carried out under certain circumstances to establish...