Delaying a healthy newborn's first bath can help increase the rates of breastfeeding, reports a new study. The findings of the study are published in the Journal for Obstetrics, Gynecologic, and Neonatal Nursing.

While it has been standard practice for decades to whisk newborns off to a bath within the first few hours of their birth, a new Cleveland Clinic study found that waiting to bathe a healthy newborn 12 or more hours after birth increased the rate of breastfeeding exclusivity during the newborn hospital stay.
Delaying a Babys First Bath Can Increase Breastfeeding Rates


‘Why should you delay a baby's first bath? Waiting to bathe a healthy newborn for at least 12 hours after birth can promote exclusive breastfeeding, reveals a new study.’
Read More..


"They were reading on mom blogs that it was better to wait to bathe their baby the first time, since the amniotic fluid has a similar smell to the breast - which may make it easier for the baby to latch," DiCioccio said. She then looked into the practice herself and found little to no research or studies on the topic.

Nearly 1,000 healthy mother-newborn pairs took part in the study, including 448 babies bathed shortly after birth (January-February 2016) and 548 who delayed the bath (July-August 2016).

The results showed exclusive breastfeeding rates increased from 59.8 percent before the intervention to 68.2 percent after the intervention. Newborns in the delayed bath group were also more likely to have a discharge feeding plan that was exclusive to, or at least included, human milk.

DiCioccio points to several factors as to what may link the practice of waiting to bathe to the increased rates of breastfeeding, including skin-to-skin time between mother and baby, smell (the similarity in smell between the amniotic fluid and the breast may encourage babies to latch) and temperature.

Babies in the delayed bath group were more likely to have stable/normalized temperatures post the first bath. "They weren't as cold as the babies who were bathed sooner after birth, so they may not have been as tired trying to nurse," DiCioccio said.

"It is now our policy to delay the bath at least 12 hours, unless the mom refuses to wait. In that case, we ask for two hours," she said. The Cleveland Clinic is currently working toward enacting this delayed bath practice at all of its hospitals. DiCioccio hopes her study spurs more research and ultimately changes the practice nationwide.

Breast Milk is the Best Milk for Babies

The American Academy of Pediatrics recommends exclusive breastfeeding for about 6 months, and then continuing breastfeeding while introducing foods until your child is 12 months old. Breast milk is the best source of nutrition for most babies, and it can also help protect the mother and her baby against illnesses and diseases. 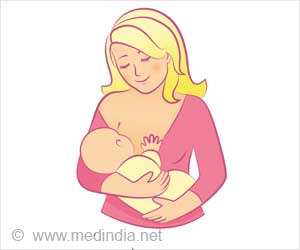