Attractive Skin Tone is Not Necessarily a Sign of Good Health 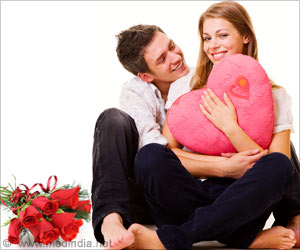 Skin with yellow and red pigments is perceived as more attractive in Caucasian males, but this skin coloring does not necessarily signal actual good health.

Some people are more attractive as mating partners than others. And this sexual selection is depended on carotenoid-based coloration.

Carrot: The Wonder Vegetable
Carrot, the orange vegetable has always been considered highly nutritious. Grandmothers say, Eat carrot for better vision . Not just eye health, carrots have various other health benefits too.
Advertisement
‘Carotenoid-based skin color can affect attractiveness in humans and this is a factor for sexual selection.’

Carotenoids are red and yellow plant pigments present in fruits and vegetables like carrots, that give color to them.


Researchers have argued that carotenoid-based coloration is a signal of health which is due to its antioxidant effect.

Previous research has found that in various species of birds, fish, and reptiles, females are more attracted to their colorful male counterpart.

Skin Color Is Being Affected By Modern Life: Penn State Anthropologist
According to an anthropologist, as people move more often and become more urbanized, skin color may lose some of its evolutionary advantage.
Advertisement
Some studies suggest that the desire to reproduce, is what attracts people to signs of health in a desire to reproduce. Studies also suggest that those who display signs of health have a greater chance of survival, greater fertility, and providing genes that promote good health in offspring.

Researchers wanted to know if there was any correlation between "signals of health" from the carotenoids and actual health.

The treatment group of participants included 43 heterosexual Caucasian men with a mean age of 21 years. There was were a placebo group with an additional 20 participants.

At the start of the trial, photographs of the participants were taken in order to document changes in skin color.

The health of the participants were assessed by their levels of oxidative stress, immune function, and semen quality.

The, the participants in the treatment group were given a 12-week supplementation of beta-carotene and those in the placebo group received "dummy pills".

After the 12 week period, photography and health tests were repeated.

The attractiveness of the pre- and post-supplementation faces of each male participant presented side by side on a computer screen, were assessed by 66 heterosexual Caucasian female raters with a mean age of 33 years.

The findings suggest that the participants' attractiveness and appearance of health were significantly enhanced by beta-carotene supplement, but the supplementation did not significantly affect any health functions.

The study concludes that carotenoid-based skin color may be sexually selected in humans, but there is no evidence to suggest that this is an honest signal of health.

Further research is needed to understand the influence of carotenoid coloration on mammals.

Yong Zhi Foo, author and postgraduate Animal Biology student at The University of Western Australia, says "Carotenoids are known to be responsible for the striking mating displays in many animal species. Our study is one of the first to causally demonstrate that carotenoids can affect attractiveness in humans as well. It also reaffirms the results of previous studies showing that what we eat can affect how we look".

The findings are published in the journal Behavioral Ecology.

Black and White in Shades of Grey
Culture, language, religion and region play important roles in an individual being favored or discriminated against, but the mother of all reasons is, the person's skin color.

Top Health Benefits of Carrots
Carrots, predominantly orange in color due to rich sources of beta carotene, are nutritious food that help maintain a healthy body and a perfect vision.

Vitiligo
News Archive
News Resource
Advertisement
News Category
Milestone In Voluntary Blood Donation Achieved Samsung Reinvents Toilet for the Poor Which is a Better Form of Exercise: Daily or Weekly? First Phase of Foot-and-Mouth Disease Vaccination Shocking News: Polio Cases Return After a Decade in the US
More News
Sign up for Wellness Consult a Doctor Sign up for Selfcare