Vitamin D Does Not Prevent Cancer or Cardiovascular Disease

Vitamin D supplementation does not provide any additional protection against cancer or cardiovascular disease (CVD), compared to a placebo, reveals a new study. The study was led by Dr. JoAnn E. Manson, MD, DrPH, Department of Medicine, Brigham and Women's Hospital and Harvard Medical School, Boston, Massachusetts, USA. The study has been published in the New England Journal of Medicine, a prestigious peer-reviewed medical journal of the Massachusetts Medical Society, USA.
Vitamin D Does Not Prevent Cancer or Cardiovascular Disease

In recent years, it has been suggested that vitamin D supplementation plays a role in the prevention of cancer and CVD. However, it is not certain whether supplementation of vitamin D prevents cancer or CVD, since confounding factors like outdoor activities (increased sun exposure), adiposity (decreased bioavailability of 25-hydroxyvitamin D), and nutritional status, amongst others, may produce false protective associations.

The objective of the study was to investigate whether vitamin D supplementation reduces the risk of cancer or CVD, as very little data is available from randomized clinical trials. This trial is called the Vitamin D and Omega-3 Trial (VITAL), which is a large-scale trial for evaluation of high-dose vitamin D and omega-3 fatty acids.

This was a randomized, placebo-controlled clinical trial with a two-by-two factorial design that was conducted across the US. The trial evaluated the role of vitamin D3 (cholecalciferol) at a dose of 2000 IU per day and omega-3 fatty acids at a dose of 1g per day for prevention of cancer and CVD in 25,871 participants, which included men who were 50 years of age or older and women who were 55 years of age or older. The study included 5,106 black participants and the groups were balanced according to their gender. Standard questionnaires were administered to collect baseline data.
The primary and secondary endpoints are given below:
All possible factors that could affect the study outcome were taken into consideration while performing the statistical analysis. These included race, age, sex, body mass index (BMI), baseline 25-hydroxyvitamin D level, concurrent randomization to the omega-3 fatty acid group, outside use of vitamin D supplements, and baseline risk factors for cancer and CVD.

The 25,871 participants were randomized to their respective groups from November 2011 through March 2014. The trial intervention ended on December 31, 2017, after a median follow-up of 5.3 years. The study population included 51% women. The mean age of the participants was 67.1 years. The cohort included 71% non-Hispanic white participants and 20% black participants; the rest were of other racial or ethnic groups.

The incidence of cancer or major cardiovascular events in a US population was not reduced by daily supplementation with high-dose vitamin D for 5 years. 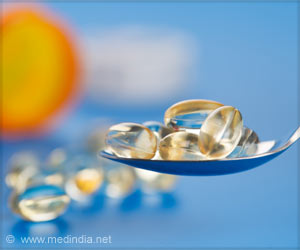 Vitamin D Supplements May Not Reduce Cancer Risk in Women
After menopause vitamin D levels drop and may increase the risk of cancer and heart disease but supplements fail to show any benefits.
READ MORE

No Clear Evidence for Health Benefits of Vitamin D Found
Researchers argue that "universal conclusions about the benefits of vitamin D cannot be drawn" and say further studies and better designed trials are needed.
READ MORE

Low Levels Of Vit D Not a Direct Risk Factor For Heart Disease: British Heart Foundation
While low vitamin D levels do correlate with higher levels of cardiovascular disease, the direct cause is likely to be lifestyle and other risk factors.
READ MORE