Sickle cell disease (SCD) and beta-thalassemia are the world's most common single gene disorders. Globally around 400,000 children and adults have these conditions. These are blood disorders caused by a mutation in the β-globin gene responsible for normal hemoglobin production. The only available cure till now is a bone marrow transplant (BMT) involving a matched donor. This is not used frequently due to the many risks including rejection.

Gene therapy and gene editing have brought new hopes for a final cure for these disorders. CRISPR gene editing especially is thought to have great potential to edit out the disease genes. However, previous experimental attempts to correct the genomes of human blood and progenitor cells have had issues with efficiency, stability and unwanted off-target mutations.
Positive Gene Editing for Sickle Cell Disease and Beta Thalassemia


The research study published in Nature Medicine was led by Scot Wolfe, Professor in the Department of Molecular, Cell and Cancer Biology at UMass Medical School. The team collaborated with the Bauer laboratory to improve the efficiency of delivery of CRISPR-Cas9 for therapeutic gene editing of blood stem cells.

The team worked on making an efficient, effective targeted edit. Previous research at Boston's children's hospital had indicated that inactivating a gene called BCL11A can kick start the production of fetal hemoglobin. BCL11A usually gets switched off when adult hemoglobin takes over after infancy.

Fetal hemoglobin is qualitatively similar to adult hemoglobin and does not sickle and restarting its production can serve as a cure for SCD and beta-thalassemia. The team at Bauer took this further and found a genetic enhancer of BCL11A which is active only in blood cells. This technique can enable efficient editing of autologous blood stem cells collected from patients.

The gene edited cells when infused back into the patients enabled the production of normal blood cells. When this technique was applied to the blood stem cells of patients with beta-thalassemia, it generated enough hemoglobin to make up the shortfall.

The other study involving gene editing of beta-thalassemia was published in the journal Blood. The study involved nine patients who donated their cells. These cells were manipulated in a petri dish. The CRISPR system was able to make efficient edits and restored the normal splicing of the beta-globin protein for normal production of hemoglobin.

The research team used a highly targeted enzyme Cas12a to achieve greater efficiency and are keen to translate this research into clinics. They plan to perform further studies with FDA approval and are also seeking funding from the National Heart, Lung and Blood Institute's Cure Sickle Cell initiative to start a clinical trial in patients.

Dana Farber has already been working on a gene therapy trial for SCD. The research team believes that a broad range of therapeutic options is necessary to provide patients with options of curatives. 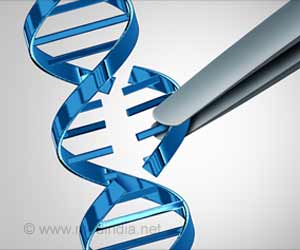 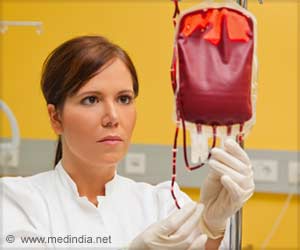 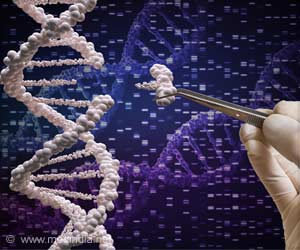 In Vivo Gene Editing Cures Blood Disorders in Fetus
Monogenic hereditary disorders are largely responsible for child mortality and morbidity. However, intrauterine genetic editing could correct the genetic defect and thereby cure the disease in the fetus.
READ MORE