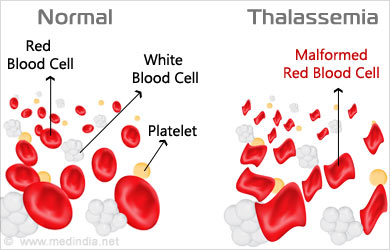 Thalassemia, also known as Cooleys anemia, was first described by the paediatrician Thomas Benton Cooley in 1925. thalassemia cases are distributed in the Mediterranean region, India, parts of South-Asia, parts of South-East Asia and the Middle East, Europe, America and Australia. The term thalassemia was first coined by George Whipple, the Nobel Prize winning pathologist. Thalassa in Greek means the sea and emia means of the blood so thalassemia refers to anemia around the sea.

What are the symptoms thalassemia?

Symptoms of thalassemia are usually seen before the child is two years of age. Anemia occurs in the first few months after birth and becomes progressively severe. Early diagnosis and treatment can prevent fatality.

The most common signs and symptoms of thalassemia include paleness, fussiness, jaundiced complexion, susceptibility to infections, low appetite and enlarged organs (usually the spleen).

At birth, a baby with thalassemia may seem normal because the haemoglobin at this stage is mostly fetal haemoglobin (HbF). Since HbF has only two alpha chains and two gamma chains (unlike haemoglobin A which has two alpha and two beta chains) the baby does not show any symptoms of thalassemia. However, anemia starts occurring in the first few months after birth. The baby may become pale and tired, often failing to feed properly from exhaustion, and has frequent episodes of fever, vomiting and diarrhea.

Symptoms of thalassemia include: 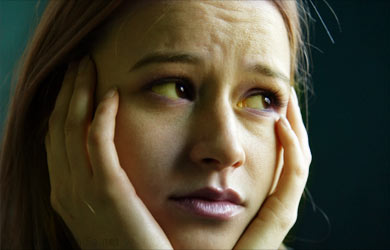 How is thalassemia diagnosed?

The first diagnosis for thalassemia is usually via a Complete Blood Count (CBC) and hemoglobin electrophoresis.

Doctors usually diagnose thalassemia with a Complete Blood Count (CBC) and hemoglobin electrophoresis. Pathologists may examine the Red Blood Cells (RBCs) to check if the RBCs are misshapen. Abnormal RBCs are a sign of thalassemia. The hemoglobin electrophoresis separates out the different molecules in the RBCs aiding in identifying the abnormal type.

Tests used in the diagnosis of thalassemia : 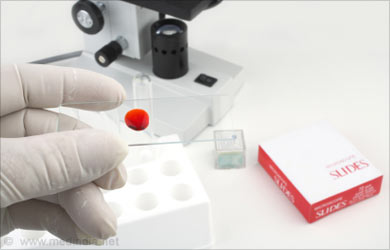 What is the Available Treatment for thalassemia?

Blood transfusion of packed cells is the line of treatment available to treat anemia in thalassemia. Blood is cross-matched with the individuals blood group and washed, packed, leucocyte-poor cells are preferred for blood transfusion. The blood should be screened stringently for HIV-1, HIV-2, HTLV-1, HTLV-2, Hepatitis-B, Hepatitis-C, and syphilis along with compatibility testing (COOMBS test). Children and adults with thalassemia usually require two units of blood every two weeks. 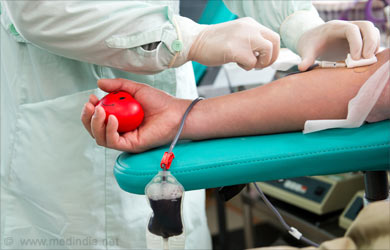 Apart from regular blood transfusion and iron-chelation, it is advised to be on a low-iron diet avoiding foods rich in non-soluble iron like red meat, jaggery, and ragi (finger millet). Greens like spinach are allowed as the iron is water-soluble. Drinking weak tea during mealtimes helps prevent iron absorption. Vitamin C is recommended as also folic acid depending on the individuals age and body weight.

In many cases, doctors also recommend a spleenectomy to remove the spleen to prevent the individual from losing RBCs. Spleenectomy also implies a lower immune system as the spleen usually fights certain types of bacteria. In these cases, doctors recommend regular vaccines like pneumococcal vaccine to prevent pneumonia, influenza vaccine, hepatitis A and B vaccines and typhoid vaccine.

Long-term treatment options for thalassemia include:

At present, the US FDA (Food and Drug Administration) has approved gene therapy trial in which blood stem cells will be extracted from the individuals system and then introduced with a vector containing a functional beta-globin gene. The vector here is a disabled viral vector. Low-dose chemotherapy will be given to the individual to suppress his/her immune system and finally the genetically engineered stem cells will be infused back. The clinical trials are still on at Memorial Sloan Kettering, Boston and St. Judes hospital, Memphis. This therapy is indeed the most promising curative for thalassemia. 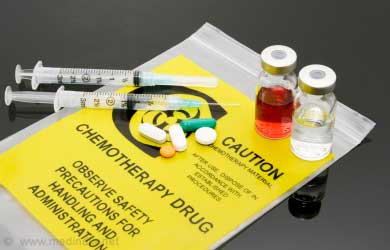 Latest Publications and Research on Thalassemia

Circulatory System Description of the human circulatory system which consists of the fluid called blood that is kept in circulation by the heart and the blood vessels.

Splenectomy - Animation Splenectomy is the surgical operation to remove spleen and can be done either by open or laparoscopic methods.

Test Your Knowledge on Thalassemia Thalassemia is one of the several inherited disorders of hemoglobin synthesis and marked by varying degrees of anemia. It is a fairly common cause of anemia especially among certain ethnic populations and it is important to be aware of this ...
Sign up for Wellness Consult a Doctor Sign up for Selfcare
Advertisement
Health Topics A - Z
A B C D E F G H I J K L M N O P Q R S T U V W X Y Z