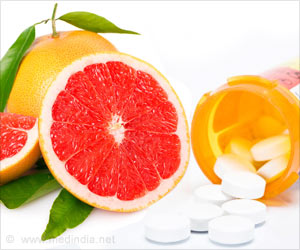 Prescription drugs and citrus fruit interaction can cause adverse side effects and reduce the efficacy of the drug. Grapefruit interaction with statins can affect the rate at which drugs are processed by the liver, says the US Food and Drug Administration. The interaction can be dangerous because the slower breakdown of a drug results in more drug in the bloodstream. This can cause side effects and affect the efficacy of the drug.

Statins are prescription drugs used to lower low density lipoprotein (LDL) cholesterol or bad cholesterol. They prevent the body from making more cholesterol and help in re-absorption of the cholesterol already present in the artery walls. Statins are prescribed only for people who are at high risk for cardiovascular disease. People with a family history of heart disease, diabetes, and high cholesterol might need to take statins. As with any medication, taking the prescribed dose of statins is important, as high dosages are linked with increased side effects.


‘Grapefruit juice blocks the activity of an enzyme, cytochrome P450 3A4, in the wall of the small intestine that destroys statins and other drugs, and prevents their absorption into the body.’


Grapefruit is a sub-tropical citrus fruit with a very acidic and bitter-sweet taste. It is rich in nutrients and low in calories. It helps lower high cholesterol and lowers the risk for many diseases and conditions. Grapefruit is safe for consumption, but it is unsafe when it is taken together with statins and other drugs.

Grapefruit contains an organic chemical compound called as furanocoumarins that block an enzyme activity. According to a study published in The American Journal of Clinical Nutrition, the chemical compound, furanocoumarins, inhibits the efficacy of an enzyme, cytochrome P450 3A4 that metabolize statins in the digestive system and balance the dosage that goes into the bloodstream. As furanocoumarins hinder this enzyme, the concentration of drugs increases in the body than it should be, which can cause side effects.

Side Effects Of Statins And Grapefruit Interaction

The interaction of grapefruit and statins increases the side effects of the drugs. According to a report by the Food and Drug Administration, the interaction increases the risk of muscle breakdown, kidney failure and liver damage. Statins cause other side effects such as muscle and joint pain, increased blood sugar, digestive disorders, and neurological side effects, including memory loss and confusion. People over 65 years of age and women are at a higher risk for side effects from statins.

Dr Steven Nissen, Cardiologist and Cardiovascular Medicine Department Chair at Cleveland Clinic's Heart and Vascular Institute, said, "Only certain statin medications interact negatively with grapefruit. This is an issue only for atorvastatin and simvastatin and is only problematic at the highest dosages." 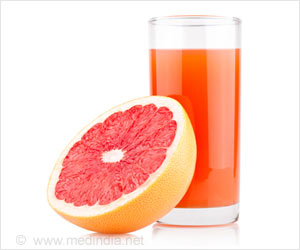 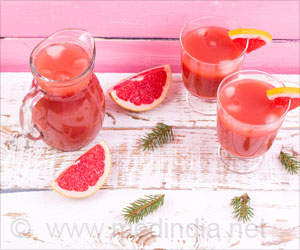