In 1996, Mr. Chitnis came for a consultation, complaining of chest pain and shortness of breath. Cardiac evaluation revealed two blockages, of which one was critical (i.e. more than 70%) and was treated with Angioplasty. The second was a non-flow limiting blockage and hence the second blockage was treated using what was then a relatively new treatment, STATIN. The results were heartening and 14 years on, Mr. Chitnis is leading a very active life. The Statin cared for his second block and avoided an almost certain heart procedure. Hats Off to the wonder drug!

Contrary to popular perception, cholesterol is not a bad thing. It is in fact a vital component of the body - it is a fundamental part of cell membranes and nerve sheaths and forms the basis of sex hormones. It also enables bile acids to process the food we eat.

Cholesterol is both produced, and disposed off, by the liver from whence it needs to travel, to and from the body cells, to perform the job it is created for.

Like everything else in life, cholesterol, too, is good only in moderation. If the body produces more LDL cholesterol than the cells can absorb, it settles on artery walls and contributes to atherosclerotic plaque; leading to its unfortunate nom de plume of bad cholesterol.

Doctors have long been aware of the dangers of LDL, and their research led to the creation of a number of drugs. All the agents, however, were found to have unpleasant side effects ranging from the merely embarrassing flatulence to seriously uncomfortable ones like nausea, upset stomach and flushing.

But sufferers no longer need to subject themselves to a lifetime of discomfort.

A new wonder drug is proving to be efficacious, not merely in relieving symptoms but also offering several health benefits. Called Statins, this new drug is actually a family of drugs, which, though chemically nearly identical, possess small differences in their molecular structure, each being responsible for specific functions.

Statins have shown a marked decrease in reducing the risk of all-cause mortality from the liver transplant, liver cancer and even variceal bleeding in primary sclerosing cholangitis patients. By lowering cholesterol, statins can reduce on inflammation, fibrosis, thrombosis, and coagulation to potentially improve chronic liver disease.

Latest Publications and Research on Statins

High Density Lipoproteins
HDL is a type of Lipoprotein. Lipoproteins, as the name suggests, are a class of biochemical compounds formed by a protein component and a lipid component.
READ MORE 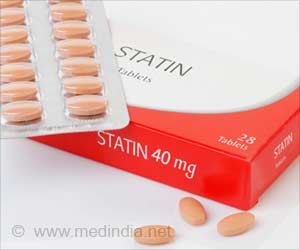 Test Your Knowledge on Statins
Statins are a group of drugs which help lower the blood cholesterol levels. Cholesterol is required for the normal body function but an excess level in the blood causes deposition of the cholesterol in the wall of the blood vessels leading to ...
READ MORE