A class of drugs used to treat cancer has been recently found to be beneficial in treating and preventing brain disorders, particularly Lou Gehrig's disease or amyotrophic lateral sclerosis (ALS), and some forms of frontotemporal degeneration (FTD), according to research conducted in the School of Arts and Sciences and the Perelman School of Medicine at the University of Pennsylvania.
Cancer Drugs in Development can also Fight Certain Brain Diseases


The class of drugs are inhibitors of the enzyme, poly ADP ribose polymerase (PARP), and are hence known as PARP inhibitors. They halt the misplacement of specific proteins called TDP-43 that affect nerve cells.


‘A drug in development as cancer therapeutic could be potentially used to prevent the formation of harmful TDP-43 clumps in cells, according to new research.’


The study is published in the journal, Molecular Cell.

Background on the connection between TDP-43, stress granules, ALS and FTD

When PARP inhibitors are used, there is a reduction in the levels of PARP that in turn reduces TDP-43 accumulation in the cytoplasm and potently reduces neurodegeneration.

The small inhibitor molecules inhibit the formation of cytoplasmic TDP-43 aggregates without affecting stress granule assembly. In this process, they stop TDP-43-associated pathology and neurodegeneration and could have therapeutic utility for ALS and FTD.

ALS and FTD-TDP-43 can be devastating for the patient and family, and there are limited treatment options. "What excited me about pursuing this pathway was the promise of small molecules that attack the disease process of TDP-43," said lead author Leeanne McGurk, PhD, a research associate in Bonini's lab. "When I tested them on cultured cells, I found they could alleviate the build-up of TDP-43 that mirrors the abnormal protein clumps we see in disease."

The team's findings could provide the next step for neurologists to look for new ways to fight neurodegenerative disorders like ALS. 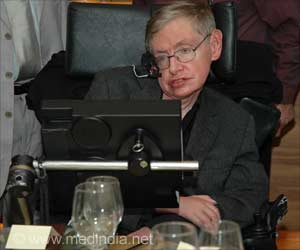 Larger Clusters of ALS Protein Can Protect Brain Cells
Small aggregates (trimers) rather than larger clusters of abnormal SOD1 protein in amyotrophic lateral sclerosis may be toxic to nerve cells, leading to their damage and death.
READ MORE