Moderate or average amounts of common salt (sodium) intake does not increase risk of heart attacks or stroke according to a recent international study undertaken by a team of scientists from the Population Health Research Institute (PHRI) of McMaster University and Hamilton Health Sciences, Canada along with colleagues from 21 countries across the world.


The findings appear in the reputed journalLancet.


Rates of Salt Consumption By Countries Across World

Data for the current article was sourced from the ongoing 'International Prospective Urban Rural Epidemiology (PURE)' study conducted by the PHRI. Andrew Mente, first author of this study, a PHRI scientist and also an associate professor of the Department of Health Research Methods, Evidence and Impact at McMaster University.
Existing Recommendations on Salt Consumption By Leading Health Organizations

According to Andrew Mente, "The World Health Organization recommends consumption of less than 2 grams of sodium -- that's one teaspoon of salt -- a day as a preventative measure against cardiovascular disease, but there is little evidence in terms of improved health outcomes that individuals ever achieve at such a low level". He added that the American Heart Association recommends even less -- 1.5 grams of sodium a day for individuals at risk of heart disease.

Thus the findings of the study suggest that moderate amounts of salt (3-5 grams) daily may not adversely affect heart health.

Need For Community Based Measures to Reduce Salt Intake

In conclusion, there appears to be no definitive evidence that persons who consume average amounts of salt do not need to restrict salt in their diet to reduce their risk of heart attacks or stroke. Additionally consuming a potassium rich diet can decrease heart related problems.


‘Heart disease risk associated with high salt intake can be overcome by adding fruits, vegetables, potatoes, dairy foods, and other potassium rich foods in the diet’ 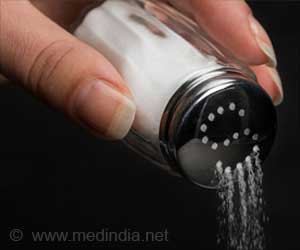 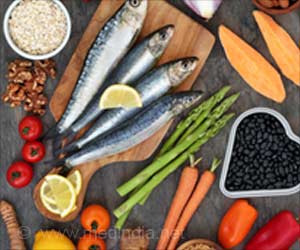 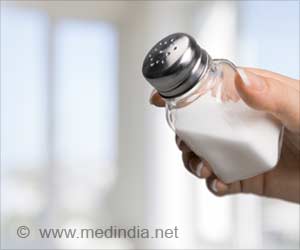 High Salt Intake Can Cause Dementia
A high-salt diet can increase dementia risk even when blood pressure is normal because of the reduction in the resting blood flow.
READ MORE