Recent research published in the CANCER suggests that adolescent girls with a blood cancer called acute lymphoblastic leukemia are not being adequately screened for pregnancy before receiving chemotherapy.
Adolescent Girls With Blood Cancer Should be Screened for Pregnancy Prior to Cancer Chemotherapy


Adolescent pregnancy continues to be a major concern the world over. An early unplanned pregnancy could have several physical, emotional and social implications on the teenage mother and the baby. It could result in early dropping out of school or college, and worsen the financial situation of the family. It could also affect the health of the mother and the baby. Increased awareness of birth control measures and including the family in the sex education of the teenager could help to reduce adolescent pregnancies.


‘Teenage girls should be screened for pregnancy as a routine before any tests or treatment that could harm the unborn child.’


Pregnant teenagers face another problem - doctors may prescribe medications or tests without expecting them to be pregnant and therefore enquiring about the same. Such medications and tests could be harmful to the unborn baby.

Researchers at the University of Pennsylvania Perelman School of Medicine and The Children's Hospital of Philadelphia conducted a study to evaluate if adolescent female cancer patients with a type of blood cancer called acute leukemia were screened for pregnancy before they received chemotherapy. Chemotherapy includes medications that are used to treat cancers. Cancer treatment with either chemotherapy or radiation therapy can be harmful to the fetus.

The girls in the study were in the age group of 10 to 18 years. This group of girls were compared to other girls who were admitted to the emergency room and underwent computed tomography (CT scan) of the abdomen and pelvis. Girls undergoing radiological tests were usually screened for pregnancy according to established protocols.

The researchers found that:
Adolescent Pregnancy - Statistics
The researchers therefore advocate the need for standardized pregnancy screening practices for adolescent girls being treated for cancer to prevent inadvertent damage to the developing fetus.

Facts on Teenage Pregnancy
Teenage pregnancy is a pregnancy that occurs in women below the age of 20. Teen pregnancies carry great health risks to both the mother and the baby.
READ MORE 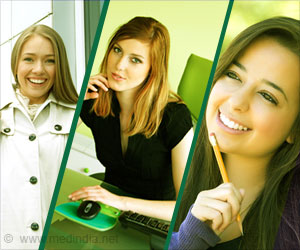 Trimester of pregnancyPregnancy and ExerciseHome Pregnancy TestPregnancyThalassemiaPsychological Changes In PregnancyCancer and HomeopathyDrugs in Pregnancy and LactationBreech Presentation and DeliveryAir travel: To fly or not to fly
Sign up for Wellness Consult a Doctor Sign up for Selfcare