Health Budget Unclear and Under Funded 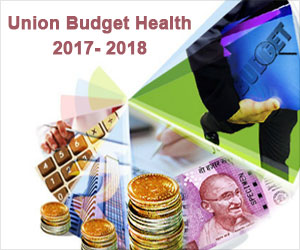 Although the experts hailed the announcement to set up All India Institutes of Medical Sciences (AIIMS) in Jharkhand and Gujarat, they said there is a need for the government to announce more for screening and preventive measures to check the growing tuberculosis (TB) burden.

Enjoy This New Year's Eve in a Budget Friendly Way

This New Year's eve fret not as Mumbai is home to various incredible bars and clubs where you can enjoy without making a big hole in pocket.
Advertisement
‘The budget allocation for the health sector for 2017-18 is Rs 48,853 crore, 23 percent higher than last year, which stood at Rs 39,688 crore.’

Stating that he is satisfied with the structural reforms in medical education, in particular the increase in the number of post graduate medical seats, Reddy said: "I do hope that the health policies will address the large unmet need for quality health care infrastructure and in particular the need to wage a war against non-communicable diseases which the health sector has been focusing on."

Commenting on the budget, S.P. Yadav, Urologist and MD of Gurugram's Pushpanjali Hospital, said: "The budget 2017-18 did not discuss the health care sector in detail because of which there is no clarity as to what structural reforms the government proposes to bring in health care and medical practice."

The government also proposed to amend the Drugs and Cosmetics Rules to ensure availability of drugs at reasonable prices and promote use of generic medicines.

Yadav said: "The prices of various drugs and health care devices are totally dependent on the formation of GST Bill. However, the government has taken a wise step by turning 1.5 lakh health sub centres to health wellness centres, which is necessary in view of the fact that health care in India will become expensive in days to come."

According to the government, it has announced an action plan to eliminate Kala-Azar and Filariasis by 2017, Leprosy by 2018 and Measles by 2020. Elimination of TB by 2025 is also targeted.

Rajit Mehta, MD and CEO, Max Health care, said the announcement of the goal of eradicating TB from India by 2025 is welcome.

"However, I am disappointed to note that the health care outlay in the budget hasn't been properly touched upon and it remains largely under-funded. There is no announcement regarding granting health care industry the status of infrastructure industry, a long standing demand of the sector," Mehta said.

"There is still a greater need to invest in screening and preventive measures for addressing the growing TB burden. Non-Communicable Diseases that account for 53 percent of the disease burden should have been prioritised," said Varun Khanna, Chairman of AdvaMed India Working Group. AdvaMed is a medical device company.

Anjan Bose, Secretary General, NATHEALTH -- a forum for advocating better healthcare -- said: "The budget clearly focuses on improving health care access for the less privileged and on 'preventive and wellness', both of which are very encouraging.

"The target of transforming 1.5 lakh health sub-centres into health wellness centres is in line with the need of the hour for the Indian citizens."

About 58% of the Indians in rural areas opt for private healthcare, because public healthcare is inadequate, and it's expenses push people back into poverty.