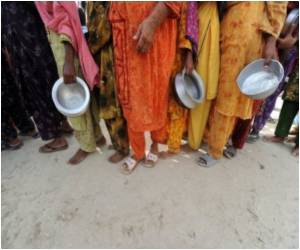 The number of global hungry has declined by nearly 10 percent, the first drop in the number of undernourished since 1995, the UN food agency said in its annual report on Tuesday.

A total of 925 million people are undernourished in 2010 compared with 1.023 billion last year, revealing a drop of 9.6 percent, according to the FAO report to be published in full in October. 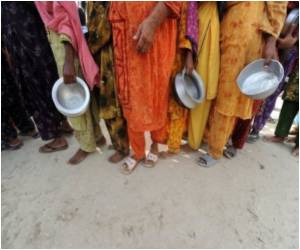 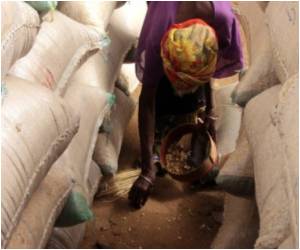 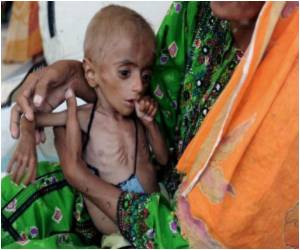 
"But with a child dying every six seconds because of undernourishment related problems, hunger remains the world's largest tragedy and scandal," said the Food and Agriculture Organisation's (FAO) Director-General Jacques Diouf.


Some 98 percent of the world's hungry live in developing countries, and over 40 percent of those in China and India alone.

Diouf, who introduced the report in Rome, said the continuing high global hunger level "makes it extremely difficult to achieve not only the first Millennium Development Goal (MDG) but also the rest of the MDGs".

He said the target to halve the world's hungry by 2015 was "at serious risk," adding that recent increases in food prices could hamper efforts to pare down the number further.

Recent food crises like that which hit Niger in West Africa, where seven million people are threatened by famine, have also affected the downward trend.

Other flashpoints include Pakistan, where floods devastated much of the country's farmland, and Russia, where drought destroyed a quarter of crops and forced the world's number three exporter of wheat to ban grain exports.

"Lack of appropriate mechanisms to deal with the shocks or to protect the most vulnerable populations from their effects result in large swings in hunger following crises," it said.

The FAO said the decline in the number of hungry could be explained mostly by a more favourable economic environment in 2010, particularly in developing countries, as well as a drop in both international and domestic food prices since 2008.

However, "the fact that nearly a billion people remain hungry, even after the recent food and financial crises have largely passed, indicates a deeper structural problem," the FAO report said.

Leading global aid agencies and charities were reserved in their response to the report, warning that there was still much work to be done to achieve the 2015 figure.

"This is no time to relax. We must keep hunger on the run to ensure stability and to protect lives and dignity," said World Food Programme director Josette Sheeran.

ActionAid said the goal to halve hunger "is decades off track".

Oxfam said the decline in the number of global hungry was due to "luck". "We know it is possible" to achieve the 2015 goal, Oxfam said, but "political will is the only element missing."

The Asia and Pacific region has the highest number of hungry people, but with a 12 percent decline from 658 million in 2009 to 578 million, it also accounts for most of the global improvement expected in 2010.

The proportion of undernourished people remains highest in sub-Saharan Africa, at 30 percent.

The figures from the report on food insecurity to be jointly published with the World Food Programme have been released ahead of a September 20-22 summit meeting in New York on the United Nations Millennium Development Goals.

Hungry? - But you Just Ate!Why does your Stomach Growl with HungerFullness Factor, Satiety Index and Glycemic Index for Weight Watchers