China Concerned Over Rise in HIV Cases Among Migrant Workers 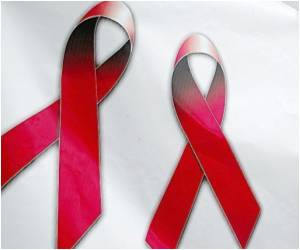 China's health minister said Tuesday he was concerned about the HIV/AIDS situation among migrant workers, but added the Asian nation had managed to contain the "fast spread" of the disease.

He added that sexual intercourse was the main means of transmission of the HIV virus in China, particularly among homosexuals.


There were 740,000 people living with HIV in China by the end of 2009, Chen said, but campaigners say the real figure may be higher, since AIDS has a heavy stigma attached and many sufferers are unwilling to reveal their condition.

Do you know that there are symptoms for each stage of HIV/AIDS? Learn more from our HIV Symptom Quiz but here's a disclaimer - never go by symptoms alone. Symptoms only indicate the progression of the disease, while only a medical test can confirm it.
Advertisement
China's population of internal migrant workers reached a record 211 million in 2009 and could hit 350 million by 2050, state media have reported.

Migrant workers are often far away from home, poorly educated and some engage in unprotected sex. They also have limited access to healthcare, which can be prohibitively expensive.

"We are promoting institutional reform of medical health to establish a system that delivers basic healthcare to all Chinese people," Chen said.

"I believe this will enable us to deliver better health services, also in terms of major diseases among the migrant population."

Chen was speaking at a media briefing on Premier Wen Jiabao's upcoming trip to New York, where he will attend a special summit on the UN's Millennium Development Goals, one of which is to halt the spread of HIV/AIDS by 2015.

The health minister said China was "moving towards" that goal, adding it had "contained the trend of fast spread of the disease."

"On the whole in China, the spread of HIV is at a low occurrence rate, but in some parts of the country we are seeing a higher occurrence of the disease," he said, without elaborating on the specific areas in question.

This Interactive provides step by step visual aid showing how to correctly use condoms which can prevent transmission of HIV, other sexually transmitted diseases and pregnancy
Advertisement
Advertisement