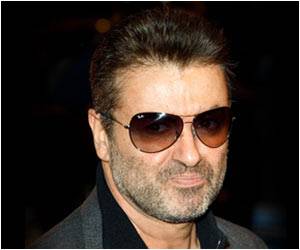 London-born Michael, who almost died of pneumonia at the end of last year, said he was unable to revert to his usual accent for two days after gaining consciousness and his family feared he would be stuck with the new one forever.

Do Speakers With Foreign Accents Appear Less Truthful to Listeners

The answer is 'yes', according to a study conducted at the University of Chicago. Those who speak with a foreign accent may appear less credible to listeners.
Advertisement

"I swear this is true," the 49-year-old told London's LBC radio station on Tuesday. "I came out of my coma talking in this West Country accent."


Michael said that as he opened his eyes, doctors asked him if he knew who he was -- to which he replied, "King of the world?" in the distinctive West Country burr.

In Pretoria, WC Fans With Foreign Accents Being Charged Triple for Drinks

It has emerged that the ongoing World Cup in South Africa is seeing bars in Pretoria triple the price of a drink, especially when it's being paid for by a tourist.
Advertisement
"The doctors were worried that I had this condition where some people wake up speaking French or some language they learned at school," he said.

Foreign Accent Syndrome is a rare medical condition in which people emerge from a neurological injury speaking in an entirely different accent.

In some cases, they speak fluently in a language they barely know.

"There's nothing wrong with a West Country accent," said the former star of the 1980s pop duo Wham!, "but it's a bit weird when you're from north London.

"My sisters, who were obviously so relieved that I'd actually woken up, were just laughing away at this stand up comedy."

Michael was forced to cut short his Symphonica tour last November after he was rushed to a hospital in the Austrian capital Vienna with a severe bout of pneumonia.

Arriving back in London last December, the "Careless Whisper" singer admitted it had been "touch and go" at times during the month he spent in hospital recovering from the lung infection.

Speaking to BBC radio on Tuesday, he said Austrian doctors had "downplayed" his condition to avoid a "death watch kind of thing".

The seriousness of his illness did not become public until after his discharge from hospital.

"It's like I just dodged a bullet," he told the broadcaster, adding that he had a five-week gap in his memory from the illness and had to learn to walk again during his recovery.

He has since rescheduled his tour, and has invited 1,000 staff from the Vienna hospital to one of the shows.

His new single, "White Light", is about the near-death experience.

Woman Gives Birth to Baby Girl While in Coma

A 23-year old British woman who went into a coma for over a month woke up to find that she had given birth to a daughter.
Advertisement
<< New CEO for Yahoo! Announces Pregnancy, Stirs US Debate on W...
The Latest Major Platform for News Is Youtube >>

Calculate Ideal Weight for Infants How to Reduce School Bag Weight - Simple Tips Iron Intake Calculator The Essence of Yoga Blood Donation - Recipients Color Blindness Calculator Selfie Addiction Calculator Find a Hospital Nutam (400mg) (Piracetam) Noscaphene (Noscapine)
This site uses cookies to deliver our services. By using our site, you acknowledge that you have read and understand our Cookie Policy, Privacy Policy, and our Terms of Use