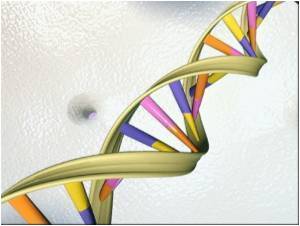 A causative gene supposedly in type 2 diabetes affecting those of white European descent has been identified by scientists in Italy.

The study appears in the Journal of the American Medical Association.

Dr. Steven D. Wittlin, clinical director of the endocrine-metabolism division and director of the Diabetes Service at the University of Rochester Medical Center claims that the study establishes a connection between the gene and an increased risk of diabetes. The gene seemingly contributes to insulin resistance, a hallmark of diabetes.

Researchers at the University of Catanzaro in Italy looked at people with and without diabetes in three populations: about 6,500 Italian patients; close to 2,000 U.S. residents; and about 400 French people.  About 7 to 8 percent of people in each group had the variant of the HMGA1 gene.


Nevertheless, the facts remain that 250 million people around the world have type 2 diabetes; Native Americans, blacks and Hispanics also have a higher prevalence of the disease than whites; and, other diabetes-related genes that have already been identified account for only 10 to 15 percent of type 2 diabetes cases.

Genetic testing helps to confirm a genetic condition in an individual and involves q complex laboratory techniques
Advertisement
As Dr. Wittlin admits 92.5 per cent of the people who have diabetes don't have this gene. He has expressed the feeling that it is too early to predict the potential incidence of diabetes based on just this study of the gene variant.

Further study is vital especially that of the gene's effect on insulin resistance in other racial groups, conclude the authors.

Diabetes or diabetes mellitus, is an endocrine and metabolic disorder characterized by high blood sugar levels (hyperglycemia) over a prolonged period of time.
Advertisement
<< Britons Love to unwind with a Drink at 7.11 pm
Genes are Responsible for Learning Dance >>