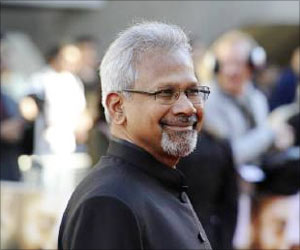 Ace filmmaker Mani Ratnam visited a private hospital for a master health checkup and contrary to the rumors, he was not hospitalized due to cardiac problems.

"Mani and his wife were holidaying in Delhi. A master health checkup was long overdue. He got it in done in a hospital in Delhi to avoid Chennai public eye," said Mala Manyan, executive producer of Mani Ratnam's latest release "Ok Kanmani".

Some 89% of Irish Men Will be Overweight by 2030: World Health Organization

The growing numbers of overweight and obese people around the world are a growing cause of global health concern, as 30% of the world population is now obese.
Advertisement

In 2004 and 2009, Ratnam had suffered minor heart attacks while working on films "Yuva" and "Raavan".


In his over two-decade long career, he's known for successful films such as "Nayagan", "Mounaragam", "Dil Se", "Bombay" and "Guru".

The app helps people move beyond tracking calories and allows them to personalize their fitness regimen according to their own needs and dietary concerns.
Advertisement