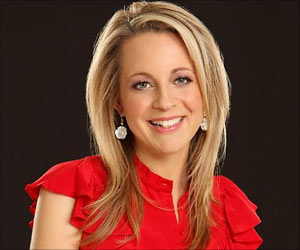 She wore a blue beanie after winning the coveted Gold Logie award and called on the public to support those suffering from brain cancer or caring for someone who is suffering.


"Over 10 years, I watched him suffer multiple seizures a day, lose feeling down one side of his body, have his little three-year-old have to push him around in a wheelchair because he couldn't walk anymore."

She encouraged morning show hosts to wear a beanie on their heads and the stars obliged, with multiple Australian TV personalities wearing a beanie for brain cancer on their shows.

Novel Laser Imaging Technique Identifies Brain Tumors Among Healthy Tissue
New laser technique enables the tumor to be easily distinguished from normal tissue and this is ......

Researchers Find Promise in Treatments for Glioblastma Multiforme
Glioblastma multiforme (GBM) is one of the most lethal primary brain tumors, with median survival .....