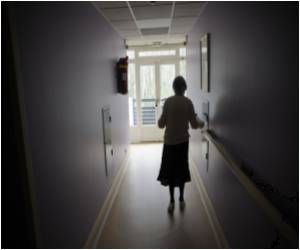 Alzheimer's disease can be dealt with, through exercise that increases the flow of blood to the brain, hence removing certain elements that bring on the disease.

Researchers at the Institute for Exercise and Environmental Medicine at the Texas Health Presbyterian Hospital in Dallas explained that the blood brings oxygen, glucose, and other vital nutrients to the brain. Then, it washes away brain metabolic wastes such as amyloid-beta protein, responsible for Alzheimer's, released into the brain's blood vessels.

16 women aged 60 or over participated in the study which took place over three months. The study revealed that with exercise which involved walking briskly for 30 to 50 minutes three or four times a week for three months, the cerebral blood flow increased by 15 per cent in the left carotid artery and 11 per cent in the right artery. The researchers also found that the body's maximum capacity to transport and use oxygen during exercise known as the VO2 max increased about 13 percent, blood pressure fell an average of 4 percent, and heart rates decreased about 5 percent.


Dr Rong Zhang, the lead researcher and the others used Doppler ultrasonography to chart blood flow in the women's carotid arteries that are located in the neck and supply the brain with crucial glucose and oxygen-rich blood.

He says, "There are many studies that suggest that exercise improves brain function in older adults, but we don't know exactly why the brain improves. Our study indicates it might be tied to an improvement in the supply of blood flow to the brain."

Alzheimer's disease is a complex brain disorder that triggers the most common form of dementia. The slide show will show how patients need support and care as dementia progresses.
Advertisement
<< Magic of Omega-3 Fatty Acid During Pregnancy
Six-Year Old Keeps His Teachers Away from School >>