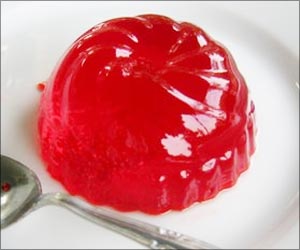 In the brain, white matter holds the nerve fibers that wire cells together. Fibers in tissue also determine mechanical stiffness and strength and influence in which direction waves travel during motion. But these fibers also make it difficult to measure the properties without taking invasive measures. Bayly and Joel Garbow, PhD, research associate professor of radiology at the School of Medicine, plan to use magnetic resonance elastrography (MRE), a non-invasive technique, to view and measure different properties of waves when they travel in different directions in the fibrous materials. There are a variety of factors that come into play."The speed of the waves depends on the stiffness of the material," he says. "The more stiff the material, the faster the waves travel. In fibrous materials, such as muscle and white matter in the brain, stiffness depends on direction.


So we plan to use waves propagating in different directions with different polarizations to study the mechanical properties of these tissues." What they determine could ultimately lead to new diagnostic tools for nerve and brain disorders and new insight into how artificial tissue degrades over time. This research is related to Bayly's National Institutes of Health-funded work into understanding brain biomechanics in traumatic brain injury. As part of the project, Ruth Okamoto, DSc, senior research associate in Mechanical Engineering & Materials Science, will use a common "biomaterial" to mimic the brain inside the skull - a bowl of Jello gelatin in a clear glass bowl.
Advertisement
Participants in Youth University, a Campus Y program encouraging local middle-school students to begin thinking about college, will visit the lab for demonstrations of how forces on the skull create motion in the brain. "When you hit the side of the bowl, you see waves in the Jello," she says. "In the lab we put sprinkles top, then put the bowl on a shaker. With the right frequency and a strobe, the waves appear to stand still. If the Jello is stiff, the waves are longer. If it is soft, the waves will be shorter. When they see the waves, it's an 'a-ha' moment. We hope they go away with a better appreciation for how their brain can be injured inside the skull." Bayly also received a three-year, $395,000 grant from the NSF to measure the mechanical properties and processes that lead to motion in the cilia and flagella. Cilia are tiny eyelash-like hairs in the respiratory system, brain and reproductive system that beat together in a steady rhythm to sweep out bacteria and mucus. However, if the cilia don't work together, don't beat properly or at all, it can lead to a variety of disorders. Bayly and his colleagues, including Susan Dutcher, PhD, professor of genetics and of cell biology and physiology at the School of Medicine; Jin-Yu Shao, PhD, associate professor of biomedical engineering; and Gang Xu, DSc, a former postdoctoral researcher in Bayly's lab now an assistant professor at the University of Central Oklahoma, will team up to measure the mechanics in genetically modified flagella in algae that are close in structure and behavior to human cilia.

Their findings could lead to a better understanding of cilia and flagella, which will lend new insight into how they fail in disease and ultimately to new diagnostic tools or therapy. Bayly and his colleagues will use a high-speed video imaging technique in Shao's lab to get high resolution images of the flagella waves, then analyze the images to estimate its forces through fluid. "Dr. Shao has a system called an optical trap which uses a laser beam to pin a bead in fluid; it takes a force to move the bead away from the laser beam," Bayly says. "We will use the flagella to grab onto the bead and try to move it. By seeing how much the bead deflects and how much the flagella deflects, we can get an idea of the stiffness of the flagella. We're very lucky to have a collaborator with this equipment and expertise." Cilia move fluid through numerous passageways, making them critical to development, reproduction and preventing infection. But they move without a brain, Bayly says. "That cilia conduct this autonomous behavior without a central nervous system is really quite astounding," Bayly says. "The same mechanism that moves cilia in the airway also makes sperm swim. If we could recreate this in a manmade device, it could be very useful, especially if we were working on a nano- or micron scale. If we could understand this coordination scheme, the potential for harnessing it is fascinating." This project also will allow undergraduate students from Washington University and the University of Central Oklahoma to participate in summer research. Okamoto will work with these students to create an "axobot," a large-scale model of the algae flagella, which are less than half a micron in diameter and about 10 microns long, or about the width of a red blood cell. Like waves in a bowl of gelatin, the large-scale model will help students visualize and explore how the flagella moves.

Once created, the axobot will be used for demonstrations and activities in outreach programs, including Youth University, Explore Engineering and Women in Engineering Day. The School of Engineering & Applied Science at Washington University in St. Louis focuses intellectual efforts through a new convergence paradigm and builds on strengths, particularly as applied to medicine and health, energy and environment, entrepreneurship and security. With 82 tenured/tenure-track and 40 additional full-time faculty, 1,300 undergraduate students, 700 graduate students and more than 23,000 alumni, we are working to leverage our partnerships with academic and industry partners  across disciplines and across the world  to contribute to solving the greatest global challenges of the 21st century.

Source: Newswise
Advertisement
<< Study Shows Why Orgasms are Good for You
Scientists Discover Gene Critical to Process of 'Memory Ext... >>

Second Known Case of Patient Developing Synesthesia After Brain Injury Reported by St. Michael's
A new case report released by a hospital reveals that about nine months after suffering a stroke, .....