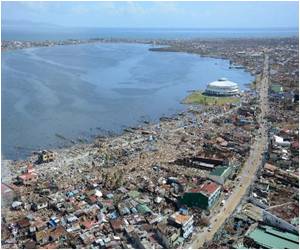 After eight people died and hundreds more fell ill in a remote area in the Philippines, possibly from contaminated water, health officials are testing for cholera and other diseases, authorities said.

Most of the victims are children from the southern town of Alamada who suffered from diarrhoea, Lyndon Lee Suy, head of the government agency's infectious disease unit, told AFP.

"It looks like it came from their water. Their water comes from a stream," he said, adding that results from the tests -- which are trying to determine if the deaths were caused by cholera or other diseases -- should be available by the weekend.


Lee Suy said eight residents of the farming town had died and 496 others fell ill, including 144 who remained in its small hospital for further treatment.
Advertisement
Many of the hospital rooms were crammed wall-to-wall with cots holding stricken patients, an AFP journalist who visited the the facility this week said.

In the corridors, more patients waited for treatment amid a tangle of dextrose tubes.

Residents said most of the patients came from Alamada's jungle outskirts.

"The concern is we have to make sure the patient will not suffer from dehydration. That is why we are taking care of the patients, providing drinking water, medicine, oral rehydration formula, water disinfectant and filtration," Lee Suy said.

Liberal Change in Philippines Heralded With Implementation of Birth Control Law
A new birth control law in Philippines which has been known as a Catholic Church's Asian ......

Giardiasis
Giardiasis is an infection of the small intestine caused by a parasite called Giardia lamblia ....