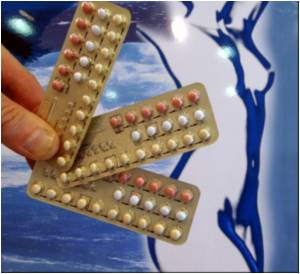 A new birth control law in Philippines which has been known as a Catholic Church's Asian stronghold, highlights an increasingly liberal shift which could result in divorce being legalised. The Philippines has long been known as the Catholic Church's Asian stronghold, but a new birth control law highlights an increasingly liberal shift that could next see divorce legalised, activists and religious leaders say.

A 15-year battle by the Church to thwart state-sanctioned family planning ended last month when the Supreme Court approved the law, allowing the government to begin distributing free contraceptives to millions of poor Filipinos.


It was a rare loss for the Church, which has for centuries been one of the nation's most powerful institutions and continues to count more than 80 percent of the nation's 100 million people as Catholics.


The Church helped lead revolutions that toppled two presidents in recent decades and has been a constant voice in the nation's modern political discourse, placing pressure on legislators to adopt conservative social policies.

The Philippines is the only country where divorce remains illegal, while abortion is also outlawed and marriage is strictly defined as a union between a man and a woman.

But advocates say the introduction of the birth control law, accompanied by widespread community support, shows that Filipinos are increasingly ignoring the conservative teachings of the Church while maintaining their faith.

"The Catholic hierarchy is trying its best to keep their claim that the Philippines is the bastion of the faith in Asia. However, I feel that such a position is no longer as popular or widely accepted as it used to be."

Indeed many modern Filipino Catholics have already embraced customs that were once considered taboo and are still illegal or frowned upon by the Church.

There are 500,000 abortions each year in clandestine clinics, according to the government, many of them by poor women or teenage girls who cannot afford to bring up another child.

Contraceptives have also for many years been in high demand in poor communities.

In slums across Manila, reproductive health centres run by charity groups have long struggled to meet the demand for contraceptives and family planning lessons.

Filipino Catholics have also shown they do not want to accept the Church's insistence that the "sanctity of family life" must be preserved or, in other words, to remain in an unhappy marriage.

Legal separations, which settle property and assets issues without legally dissolving a union, are common.

Estranged partners can also have their marriages annulled, although this requires a lengthy and expensive court process that is not always successful, so typically only the rich decide to try that option.

Following the birth control victory, a broad coalition of women's groups are now looking to build momentum for a law that would legalise divorce.

A women's rights party had already introduced a bill into Congress in 2010 seeking to lift the ban on divorce.

The bill has not progressed beyond committee hearings.

But its proponents say they will now seek to revive debates in Congress, and at least one female senator has said she will work to craft a counterpart bill in the upper chamber.

"The public conversation on divorce must now begin," said Risa Hontiveros, a former legislator who is part of the pro-divorce lobbying network.

"The Philippines, being the last country in the world where divorce is illegal is a sign of immaturity."

Proponents of divorce are aware it will still likely take years to have their legislation passed.

One important reason for the success of the birth control law was that it had the full support of President Benigno Aquino, who comes from a family of devout Catholics but is a bachelor with a reformist agenda.

However he has been far cooler on the divorce legislation, meaning it will be harder to win support from members of his ruling coalition in Congress.

Bishop Oscar Cruz, a former president of the Catholics Bishops Conference of the Philippines, said he expected divorce, abortion and even same-sex marriage could eventually be legalised in the Philippines.

"Because the world is becoming more one... to play blind to these factors is like a bird hiding under the sand. The thing is to be open about it, to be frank about it, so that we will know what to do," Cruz said.

But Cruz also signalled that the Philippine Church was less likely to focus so much energy on slowing the liberal tide, taking their queue from Pope Francis.