Did Botox Do the Trick on Tony Blair ? 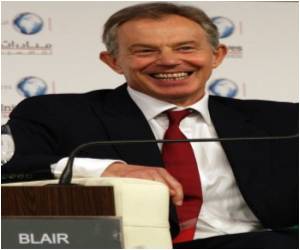 Tony Blair has refuted claims of botox being the secret behind his youthful looks.

The former Prime Minister was said to have turned to the jabs to hang on to his youthful looks after leaving Downing Street, but he hit back.

Blair has insisted his newly-chiselled jawline was down to gruelling workouts in the gym.


"That is complete rubbish. I can safely rule that out. I do a lot of physical exercise. I think it's important, especially as you get older. I really couldn't have done the job of Prime Minister without being physically fit. I think it's really important in that sense. But as for the rest of it, well you're getting older. I'm not into facelifts," the Daily Star quoted Blair as telling culture magazine ShortList.

"I mean, look at it," he jokingly added, while pointing to his deeply-lined forehead.

Source: ANI
Advertisement
<< Some Books Like the Vampire Books Could be Affecting Teens'...
New Therapy To Treat Lung and Skin Cancer Developed >>

More News on:
Botox Face Lift (Rhytidectomy) Anti-aging Secrets to a Younger You Cosmetic Surgery and the Risk Factors Wrinkles and Anti-Wrinkle Treatments

Botox Makers Agree To Pay $600 Million Penalty For Off-Label Use
Allergan, the makers of the popular anti-wrinkle treatment Botox, have agreed to pay the US ......

Botox Danger for Women Under Untrained Cowboys
A new study has said that women's faces are in danger at the hands of people who are giving botox .....

Botox Treatments Popular Among Teens
More and more teenagers seduced by the glittering world of Hollywood are opting for botox treatment ...