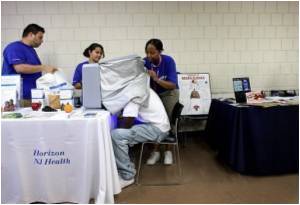 Scientists have developed a new therapy for the treatment of skin and lung cancer.

This therapy, developed by at the University of Granada researchers, involves the use of a suicide coliphage-gene (gene E) that can induce death to cells transfected with it.

Their studies have demonstrated that this technique is not only effective in vitro (using tumour cell cultures), but also in vivo through the use of experimental animals in which tumours were induced.


Although further research is required, the results revealed gene E's intensive antitumour activity, which means that it could be used in new treatments for this type of pathology.

The lungs are our organs of respiration. It is within these, that exchange of gases takes place.
Advertisement
This study was carried out by Razl Ortiz Quesada, from the Department of Human Anatomy and Embriology, at the University of Granada, and led by professors Antonia Aranega Jiminez, Josi Carlos Prados Salazar y Consolacisn Melguizo Alonso.

In this study, gene E and gene gef -which are bacterial lysis genes- were employed. This is the first time that this type of genes is used in eukaryotic cells in the treatment of tumours. During the in vitro tests, the researchers studied the effect of these genes on the B16-F10 melanoma line. This line was then used to generate tumours in vivo and analyse their effect.

This is an experimental technique that could be used in clinical tests in the future. This new therapy was also tested on the lung adenocarcinoma A549 line. Then, they studied how these genes affect cell proliferation -both in vitro and in vivo experiments- and their mechanism of action.

To such purpose, they studied the alterations that such genes render on outer mitochondrial membranes, and carried out cell-death tests and cell and tissue morphology analysis through microscopy techniques.

Tumour growth inhibition in cultured cells of gene E and gef within 72 hours was 72pc and 35pc respectively, in comparison to in vivo experiments. Gen E action on melanoma tumours induced in mice was 70-80pc of tumour regression within 8 days of treatment.

Razl Ortiz Quesada stated that in a near future, when genetic therapies allow to improve the controlled expression of these genes in tumour cells, and reduce the risks involved in their clinical use, "they could be employed as an efficient tool in the treatment of these pathologies".

The results of this research were published in prestigious scientific journal within the field of Oncology (as Journal of Molecular Medicine) or Dermatology (as in Experimental Dermatology).

Skin cancer is an abnormal growth of skin cells. It can develop due to a continuous exposure to sun over the ...