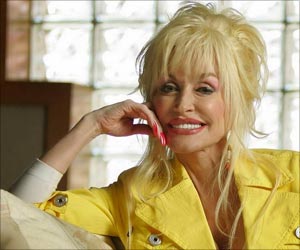 Singer Dolly Parton has revealed that depression runs in her family on both sides and she has to be wary.

The 'Last Thing on my Mind' Dolly said that it was usually brought on by something that was going on in the family and if there were problems sometimes it was a lot for one little person to carry, the Mirror reported.

The American country singer said that people always said to her that she was happy all the time, but she said that nobody can be happy always.


She said that she was a tender-hearted person and every once in a while she just feels sad-hearted and melancholy.

Speaking on her overweight issues, the 68-year-old singer asserted that it was a really bad time and it took two years just to try to get her physical weight and hormones in order and that was the first moment in her life that she slowed down.

Boosting Depression-Causing Mechanisms in the Brain Increases Resilience, Says Study
A conceptually novel therapeutic strategy for treating depression has been highlighted in a new ......

Tackling Depression in Parkinson's Disease Patients
Interesting new information has been revealed by a team of researchers in their new study linking .....

Boosting Depression-Causing Mechanisms in the Brain Increases Resilience
A novel therapeutic strategy for treating depression has now been pointed out by a new study...

Internet can Help Reduce Depression Among Elderly, Says Research
Use of Internet among elders can cut the chances of depression by more than 30 percent, says study....