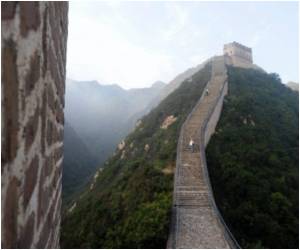 In China, nearly one fifth of the soil is reportedly contaminated, an official study released by the country's Environmental Protection Ministry has revealed.

The study, conducted between 2005-2013, found that 16.1 percent of China's soil and 19.4 percent of its arable land showed contamination, the BBC reported.

The conclusion was made after sampling an area of 6.3 million square kilometres, which accounts for two-third of China's land area.

The ministry said in the statement that the survey showed that it is hard to be optimistic about the state of soil nationwide.
Advertisement
It added that due to long periods of extensive industrial development and high pollutant emissions, some regions have suffered deteriorating land quality and serious soil pollution.

Meanwhile, the Ministry assured that adequate measures will be implemented, including a "soil pollution plan" and better legislation in wake of the grim situation.

Jesus More Popular Than Mao, Communism on Twitter in China
In China, Jesus and Christianity are more popular than Chairman Mao and Communism....

Norway Hands Over a Classic Film Thought to be Lost, to China
The National Library of Norway said Monday that a copy of "The Cave of the Silken Web", a classic .....