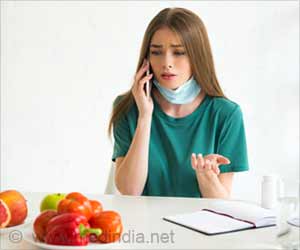 The incubation period of COVID-19 infection could be as long as eight days, according to a new study that involved assessing many patient samples.

Advertisement
‘The new method has accurately measured the average incubation period of COVID-19 infection to be 7.75 days. The more accurate figure for the incubation period, could help make informed guidelines for containment efforts such as quarantines and studies investigating the disease's transmission.’
Read More..

According to the scientists, including Chong You from Peking University in China, the previous estimate of smaller incubation period were based on small sample sized, limited data, and self-reports that could be biased by memory or judgement of the patient or interviewer.


The results of the current study is published in the journal Science Advances. The study uses a new, low-cost approach to estimate the incubation periods in infected people who had developed symptoms. This was applied to confirm 1,084 COVID-19 cases in people who had history to travel to Wuhan, or who were residents of Wuhan.
Advertisement
The approach is better as it relies on public database of dates of infection, and uses statistical methods to reduce recall bias.The new approach helped to measure the average incubation period as 7.75 days, with only 10 percent of the patients showing an incubation period of 14.28 days.

The findings may not apply to later cases in other parts of the world where the virus may have mutated. It may also challenge health authorities who rely on the standard 14-day quarantine.

By providing health authorities with a potentially more accurate figure for the incubation period, the results could inform guidelines for containment efforts such as quarantines and studies investigating the disease's transmission.

"Countries and health authorities have implemented various containment measures such as quarantines to slow the spread of Covid-19," the Chinese researchers wrote.

"To work effectively, these strategies depend on understanding the disease's incubation period, or the time between someone becoming infected and showing the first symptoms of the disease, and how much it varies from individual to individual," they added.

Source: Medindia
Advertisement
<< How to Improve the Function of Retinal Prosthetics, Study
Boat Ambulance Service Will be Launched in Maharashtra Soon >>

Indian Namaste the Preferred Greeting over Conventional Handshake
COVID-19 pandemic is causing changes in how we greet each other. The traditional Indian way of ......

Treat COVID-19 as Acute Inflammatory Disease: Study
Novel coronavirus should be treated as an acute inflammatory disease, and the severity of infection ...

COVID-19 Case Count in US Cross 5 Million
The total number of COVID-19 cases in the United States crossed the 5 million mark on Sunday. The .....