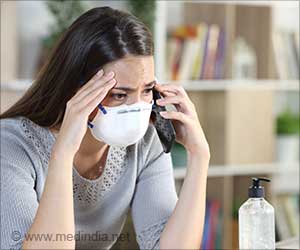 Covid-19 cases in the US surpassed the 5 million mark on Sunday, according to the Center for Systems Science and Engineering (CSSE) at Johns Hopkins University. The national death toll reached 162,441.

Advertisement
‘California is the hardest-hit state in US with a COVID-19 count of 555,797. This is followed by Flora, Texas and New York.’
Read More..


Other states with over 180,000 cases include Georgia, Illinois, Arizona and New Jersey, according to the CSSE.

The Sun Belt states and the regions which were reopened too soon have experienced a resurgence in cases since July. Some smaller cities and rural communities in the South and the Midwest have also seen cases climbing.
Advertisement
US Covid-19 cases topped 1 million on April 28, more than three months after it reported the first case. The caseload in the country hit 2 million on June 10, 3 million on July 8 and 4 million on July 23, according to the CSSE.

By far, the United States remains the worst-hit nation by the pandemic, in terms of both caseload and death toll.

Vitamins, Minerals Rich Diet to Fight Against COVID-19
Vitamins and minerals in the daily diet help build immunity for the battle against the COVID-19, ......

Experts Say Every Citizen Must Fight the COVID-19 War
Karnataka health task force chairman M.K Sudarshan said As the war against the elusive virus is ......

Indian Namaste the Preferred Greeting over Conventional Handshake
COVID-19 pandemic is causing changes in how we greet each other. The traditional Indian way of ......