As the election campaign gathered momentum in Australia, Mr Tony Abbott, leader of the Australian Liberal Party, has promised a $935 million package for the care of the elderly. That includes funding for an extra 3000 high-care nursing home beds if it wins the election.


The initial promise will involve giving $90 million to nursing home providers and an extra $335 million in ongoing payments.

Mr Abbott said the Coalition would also negotiate an aged care provider agreement with the industry to set a funding framework for the next four years if he was elected.

"The Coalition will give aged care the support and funding it needs to provide for the care of frail seniors, as well as our ageing population," he said.

The commitments come in the wake of a damning industry report on Friday estimating $51 billion is needed to meet a doubling in demand over the next 20 years.

"They can not access sufficient capital to go anywhere near meeting demand," he said.

Thousands of nursing home residents are regularly housed in hospital beds due to the lack of high-care places.

Other measures announced by Mr Abbott include:

21 days of convalescence care for around 20,000 eligible patients at a cost of $300 million

$12 million to promote wellbeing and funding for companionship programs

a reduction in red tape for aged care providers

The pet therapy allocation will give money to community organisations to offer pet visiting services in residential aged care facilities and train pets for old people.

The Coalition says it will be the first of its kind.

"We believe it's very important that we work with the sector for much needed reform," she said.

"We need to give the sector a viable future, a feasible future so it is for the benefit of all Australians."

The promise came as Aged Care Minister Justine Elliot called on Mr Abbott to say whether he supported a national aged care system.

"Tony Abbott has not confirmed whether he supports the fundamental reform of moving to a national aged care system," she said.

Meanwhile, Labor sources said internal party polling was showing the Government was behind in key seats in Queensland and NSW, and matched an AC Nielsen poll showing that the Coalition would have won the election if it were held yesterday.

Flickering Flames in the Twilight Zone: Senior Citizens
Seniors have fulfilled their family commitments and look forward to spending their last days basking in the love, care and concern of their family.
READ MORE 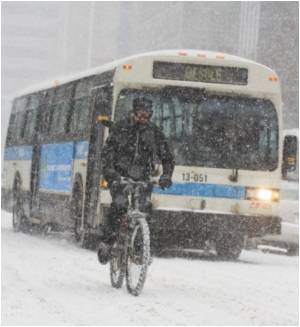 Heart-related Deaths In Australia Shoot Up In Winter
Heart-related deaths increase dramatically in Australian winters. Apparently many people simply don't know how to rug up against the cold.
READ MORE