Cocktail of Chemicals in the Mother May Inhibit Fetal Growth

A mixture of perfluorinated substances in the mother can significantly inhibit the growth of the baby inside the womb, reports a new study. The findings of the study are published in the scientific journal Environmental Health Perspectives.

They make many everyday things easier, such as keeping children's feet dry in waterproofed boots, stopping the meatballs sticking to the frying pan and making it easier to clean the carpet.


But these environmental chemicals, the perfluorinated substances, have a wide range of damaging effects, with the most recent turning out to be reduced growth in fetuses.


‘Combination of perfluorinated substances in the mother can affect the growth and development of the fetus inside the womb.’


This is shown by a new study in which researchers from Aarhus University have examined the cocktail effect of the chemicals, leading to findings which are both significant and alarming according to Professor Eva Cecilie Bonefeld-Joergensen from the Department of Public Health.

Researchers had previously only studied the individual impact of the substances on the fetus, and these results had not been entirely clear-cut.

Eva Cecilie Bonefeld-Joergensen and her research colleagues have developed a new method for extracting and isolating the contents of the substances from the blood and then subsequently determining the combined endocrine disrupting effect of the substances - popularly called the cocktail effect - on the development of the fetus.

"When it comes to the overall effect, the calculation is not 1+1=2, but rather 1+1=3. Low birth weight can lead to a number of diseases later in life, but we still lack specific knowledge about how the children who are exposed to the substances subsequently develop," says Bonefeld-Joergensen.

She is currently waiting for an answer to an application for a foundation grant to carry out the necessary follow-up studies on the ongoing development of these children.

The researchers have examined blood samples from 702 pregnant Danish women who were registered in the database "Aarhus Children's Biobank." Such thorough studies of the concentration of perfluorinated substances and their biological effect in pregnant woman have not been done previously, but the study is nevertheless in line with previous research in the area. The substances have furthermore been associated with a range of issues including breast cancer, fertility problems, ADHD, the risk of asthma, a weakened immune system and the reduced effect of vaccines.

The harmful environmental chemicals accumulate in the body and are not easily degradable. They are fat, and water repellent and are found in our food, in the air we breathe, in dust and water and in a wide range of everyday products such as, e.g. waterproof clothing, food packaging, furniture textiles, and make-up. Only a few of the almost one thousand different perfluorinated substances are presently regulated by law, and there is no product labeling requirement.

"As a consumer, you have to ask in the store. Products with these toxic substances are popular, but we pay the price with our children's and our own health if we don't avoid these products," says the researcher.

The area is regulated by the EU, but the Minister for Environment and Food, Jakob Ellemann-Jensen (the Danish Liberal Party), has recently announced that he will explore the possibility of a national ban on the substances in cardboard and paper for food packaging.

The new study is part of Aarhus University's Fetotox project, which studies the impact of perfluorinated substances on women and children. 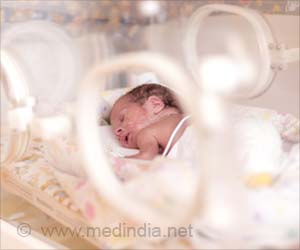