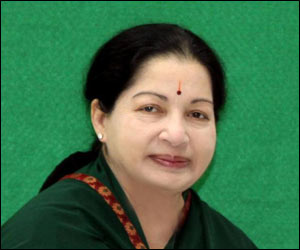 "Dr. Richard Beale, professor of intensive care medicine, from London was also consulted, and he has concurred with the line of treatment by our cardiologists & pulmonologists," said Apollo Hospitals.

The new scheme, covering 950 medical procedures, provides an insurance cover of Rs 1 lakh per year, which would be allowed up to Rs 1.50 lakh for treatment of certain diseases.
Advertisement
‘Chief Minister J Jayalalithaa suffered a cardiac arrest and is being treated and monitored by a team of medical experts at the Apollo hospital.’

Huge crowd gathered outside Apollo Hospital after the news of Chief Minister J. Jayalalithaa having suffered a cardiac arrest broke on Sunday evening. Many supporters were seen wailing and praying for the well-being of the Chief Minister.


Heavy police force has been deployment outside the hospital to control the mammoth crowd. An Apollo Hospitals statement said the Tamil Nadu Chief Minister suffered a cardiac arrest and is being treated and monitored by a team of experts, including cardiologists, pulmonologist and the critical care specialists. Doctor from All India Institutes of Medical Sciences (AIIMS), Delhi, will leave for Chennai tomorrow to assist in Jayalalithaa's treatment.

The Chief Minister was admitted to Apollo Hospital on September 22 after she complained of fever and dehydration. She has been kept under the close observation of a specialist from London, besides a three-member team of doctors from AIIMS.

On November 13, in an address to her party workers, Jayalalithaa said she had taken "rebirth" and she was waiting to resume her duties after her complete recovery. The All India Anna Dravida Munnetra Kazhagam (AIADMK) on November 19 tweeted Jayalalithaa was shifted from the ICU to the normal ward in the hospital. This is the first time that Jayalalaithaa has been moved out of the ICU since she was admitted on September 22 with complaints of fever and dehydration.

On November 17, AIADMK spokesperson C. Ponnaiyan said that "Amma", as she is popularly referred to by her party cadre, was healthy and absolutely fit to attend to all political and government activities. (ANI)

Government staff in Tamil Nadu will soon be seen sweating it out in the gym.