Cloth Caps More Effective in Keeping Away OR Contamination 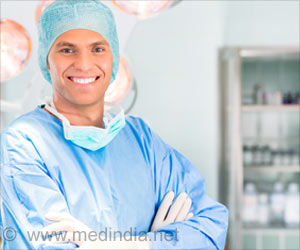 Surgeon's caps that expose small amounts of the ears and hair are not inferior to the bouffant-disposable scrub hats that cover those features, says study. This study, one of the first that tests the effectiveness of different headgears in the operating room (OR) in preventing airborne contamination, was presented during a Scientific Forum session at the American College of Surgeons (ACS) Clinical Congress 2017, and published in the Journal of the American College of Surgeons.

"Recently there have been concerns that exposed hair in the OR could increase the risk of surgical site infections, although there is no definitive evidence that it does," said principal investigator Troy A. Markel, MD, FACS, assistant professor of pediatric surgery at Riley Hospital for Children at Indiana University Health, Indianapolis. "In fact, there are very few published scientific data supporting what the optimal headgear in the OR is."


For their study, the researchers tested three common styles of commercially available surgical headgear. Disposable shower cap-like bouffant hats underwent testing, as did two types of surgical skullcaps, another name for the tie-in-the-back, close-fitting caps that are popular with surgeons: disposable caps with paper sides, and freshly home-laundered, reusable, cloth skullcaps.
Advertisement
Unlike most tests for environmental quality, which Dr. Markel said are typically done in a static laboratory, their airborne contamination testing was performed in an actual OR under changing conditions. For each style of hat the OR team wore, they performed a one-hour mock operation, which included gowning and gloving, passing surgical instruments, leaving and re-entering the OR, and performing electrocautery on a piece of raw steak to generate particles that were discharged into the air. Each hat style underwent testing four times, twice at each of two different hospitals. Both ORs had high-efficiency air-cleansing ventilation systems, according to the researchers.

The multidisciplinary research team--a microbiologist, engineers specializing in ventilation, an industrial air hygienist, and a surgeon--used their previously developed method involving multiple tests of what they call environmental quality indicators. In one test using a particle counter, they counted tiny airborne particles, such as hair and skin cells, that landed in various parts of the room. They also measured microbial shedding, the bacteria and other micro-organisms collected and grown in Petri dishes placed at the sterile operating field and the instrument table in the back of the room.

During the mock operations, the bouffant hats and the disposable surgical skullcaps had similar airborne particle counts, the study investigators reported. However, cloth skullcaps, which do not have a porous crown like their disposable counterparts, reportedly outperformed bouffant hats, showing lower particle counts and significantly lower microbial shedding at the sterile field compared with bouffant hats.

"Some organizations and hospitals have suggested that all OR personnel wear disposable bouffant-type hats, but we found no apparent infection-control reason to disallow disposable skullcaps in the OR," Dr. Markel reported.

Their study results have the potential to make an impact on the OR attire policies of hospitals and health care regulatory bodies, according to Dr. Markel.

"I expect our findings may be used to inform surgical headgear policy in the United States," he said. "Based on these experiments, surgeons should be allowed to wear either a bouffant hat or a skullcap, although cloth skull caps are the thickest and have the lowest permeability of the three types we tested."

The Chicago-based ACS recommends that cloth skullcaps be changed and cleaned daily.

Source: Eurekalert
Advertisement
<< Stem Cell Therapy Can be the Best Option to Treat Damage in ...
Death Toll Due To Cholera Outbreak Climbs in East and Southe... >>

Cardiovascular Disease Risk Increases In Patients With Sepsis Or Pneumonia After Hospital Admission
The risk of a first cardiovascular disease diagnosis can remain persistently high for several years ...

First Aid Kits Distributed for Free by Mumbai's Wockhardt Hospitals - An Exclusive Interview With Dr Parag Rindani
A first aid kit is an essential kit that could help save lives. Dr Parag Rindani spoke to Medindia ....