Chopped Palm of a Builder is Reattached in a Rare Surgery 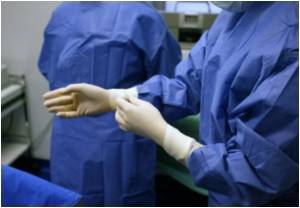 Builder Harry Wones, 33, and father of a one year old, from Ellingham, Suffolk, feels blessed and lucky after a rare surgery helped reattach his palm that got chopped off accidentally by a circular saw while he was working.

An air-ambulance rushed him to a hospital where a former Italian football-turned-surgeon Andrea Figus led a team that operated on his hand and reattached it.

The surgery which took about 10 hours involved taking a vein from his foot in order to rebuild the arteries in the palm of his left hand and bring back the blood flow. He is now on the road to recovery.


Dr Figus said, "He was very lucky because he did not lose anything and we were able to save his hand. In terms of function he won't recover completely 100 per cent because all structures have been completely cut. What we eventually hope is to give him the pinch function. Hopefully if he recovers half the function he had before that would be a great result."

A Spanish man who underwent the world's first full face transplant appeared before TV cameras on Monday for the first time since his surgery in March.
Advertisement

Leading surgeons in UK are planning to carry out the country's first face and hand transplant. This surgery has been performed in France before this.
Advertisement
This site uses cookies to deliver our services.By using our site, you acknowledge that you have read and understand our Cookie Policy, Privacy Policy, and our Terms of Use  Ok, Got it. Close
×